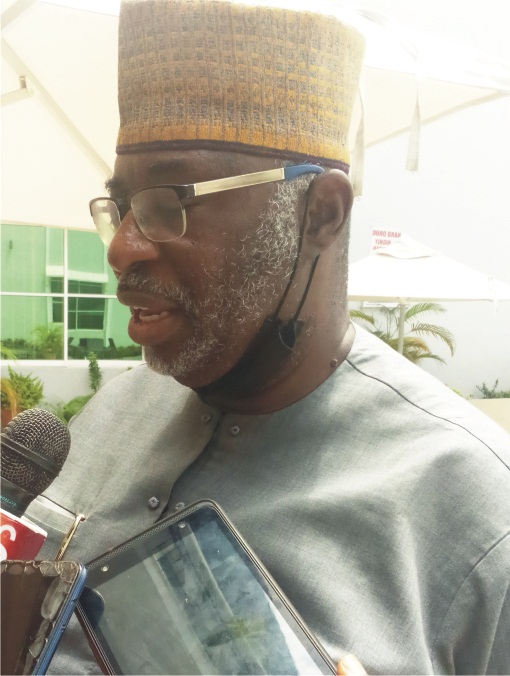 Vice Chairman of Nigeria Football Federation, NFF, Mr Seyi Akinwumi has assured football enthusiasts across the Southwest that the Western Nigerian Football Forum will not be derailed.
Akinwumi who is the Chairman of the Western Nigerian Football Forum (WNFF) stated this in Akure, the state capital.
He said the forum’s aims and objectives are to aggressively develop the round leather game in the south west.
He added that “the WNFF project is multifolds, which he said include; to expose young talented players to competition and ensuring that they are seen by scouts across the world. He said the scheme was muted two years ago”.
He said NWFF will not abandon any of the players discovered during any of the events .
Akinwumi revealed that the forum experienced little setback due to the outbreak of coronavirus ,demise of two chairmen of the forum, adding that Ondo State was also out of the scene with NFF during the period due to unresolved disagreement between the stakeholders in the state.
He said new chairmen have been installed in the states and Ondo State is now back to the fold , so we are ready to get it going.
He said, “currently there is a strong synergy between Ondo State Football Association and Nigeria Football Federation unlike in the past three and a half years”.
He added that “apart from the players , the project will keep everybody working around football busy across the southwest states. With the NWFF plan, team like Sunshine Stars, MFM, Remo Stars, Shooting Stars and others will not have problem of recruiting good players”.
He said “Nigerian national female teams have never been supported as much as this current NFF as done, in the next few weeks they are going to US tour , later in the year they will participate in the six nations tournament.