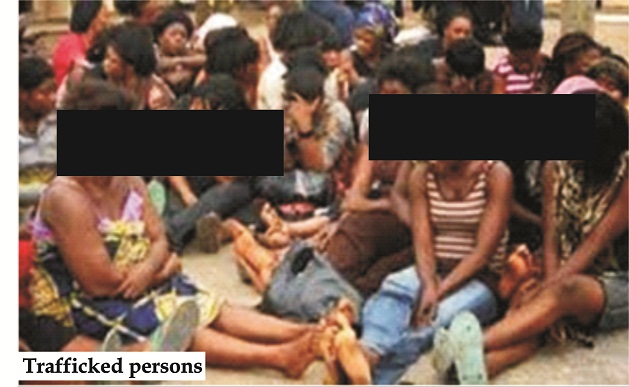 Owolabi was arraigned, tried and convicted on a four count-charge bothering on human trafficking and for organizing  foreign trips and promotion of prostitution.

Justice Maureen Onyetenu, in her judgment, held that the convict did not deserve any mercy, hence should serve her jail term at the Federal Prison, Ilesa, without an option of fine.

Onyetenu also held that the convict’s conviction and sentence would serve as deterrent to other-would-be persons in the society.

The defense counsel, Mr Ademola Adeyemo, had prayed the court to temper justice with mercy in sentencing his client.

The National Agency for Prohibition of Trafficking in Persons (NAPTIP) Prosecution counsel, Mrs Zarowa Caroline, had told the court that the convict committed the offense sometime in December 2012.

Caroline also told the court that Owolabi lured a 19-year-old girl on a trip to Mali with intent to secure  a job abroad for her .

She, however, said the victim was rescued by the Nigeria Immigration Service and handed over to NAPTIP office, Osogbo in January, 2013.

She said the offence Owolabi committed contravened sections 15 (a), 16 and 19 (b) of the Trafficking in Persons (Prohibition) Law Enforcement and Administration Act, 2003 (as amended in 2005).