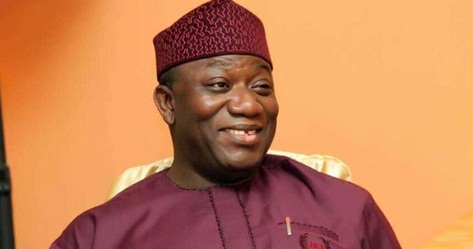 From Victor Akinkuolie, Ado-Ekiti
|
Ekiti State Governor, Dr Kayode Fayemi. has advised Labour leaders in the state to go beyond union matters and work for the overall best interest of the people of the state.

Fayemi, who promised to ensure a good relationship with labour movement in the state, said he is passionate about democracy within and outside labour union.

While urging the labour leaders to use their positions for the best interest of workers, the governor said he deliberately decided not to show interest in the choice of labour leaders in the state in order to enable workers choose the leaders they can truly trust.

Earlier, the Chairmen of NLC and TUC, Comrades Kolapo Olatunde and Sola Adigun had assured government of robust relationship and cooperation during their tenure adding that their major objectives is to ensure the welfare and development of Ekiti state in general.

The labour leaders jointly presented some documents containing their demands to the governor to look into and address appropriately.

Also at the event were the Head of Service, Mr Deji Ajayi, the Chief of Staff, Mr Biodun Omoleye and Senior Special Assistant to the Governor on Labour and Productivity, Comrade Oluyemi Esan.