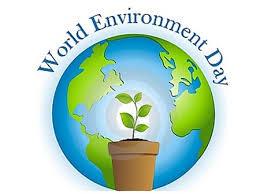 By Adekola Afolabi & Kemi Olatunde
|
The Governor of Ondo State, Arakunrin Oluwarotimi Akeredolu has disclosed that his administration is determined to provide mitigating measures through the use of renewable energy and green technologies to reduce air pollution level in the state.

The governor explained that the effect of pollution  is not only hazardous to the environment, but also detrimental to humans’ health, saying that the annual celebration which is the 45th since it was created in 1974 is to reawaken a sense of responsibility and pro-activeness in people to take actions to protect their environment.

He particularly enjoined the citizens of the state to desist from acts including bush burning, deforestation, carbon emissions, gas flaring, indiscriminate waste disposal, poaching, heavy dependence on fossil fuel for transportation and industrialisation that pollutes the air we breathe-in which has led to increase in earth temperature  among others.

“The theme is a call to action designed to consider how we can change our daily lives to reduce the amount of air pollution,  its contributions to global warming and its effects on our health. The growing concern and need for preservation and the improvement of the human environment had been a major issue that affected the well-being of people and economic development throughout the world.”

The governor equally said legislation is currently in place to prevent bush burning and deforestation in the state.

He revealed that a larger percentage of those suffering from lung and kidney problems are as a result of air pollution.

According to the United Nations survey, 92 per cent of people worldwide do not breathe clean air and approximately 7 million people worldwide die prematurely yearly from air pollution, with about 4 million of these deaths occurring in developing countries. .

Welcoming the gathering, Commissioner for Environment, Mr Funso Esan noted that the World Environment Day has been set aside to engage, sensitise and create awareness across the globe on consequences of environmental degradation and proffer solutions to tackle threats to environmental sustainability.

While commending the governor for his support for the event which comes upon the  5th June of every year, he noted that the theme ‘Beat Air Pollution’ will enable communities and individuals put in place certain measures in tackling air pollution which according to him has been affirmed by the United Nations as being responsible for the death of about seven million people annually.

Giving her goodwill message, Ondo State Ambassador for Environment, Mrs Olayemi Olapeju Akerele while commending the governor for the open defecation policy which has been put in place to make the state free from infectious diseases and environmental challenges, stressed the need for all to end bush burning and wild fire.

Also speaking, representative of ZL Global Alliance, Mr. Ayo Ayinde noted that  a large percentage of the society inhale polluted air noting that the organisation recommends sensitisation, sanitation and sustainability as measures to avoid the menace.

He recommended domestication of policies, impact assessment of all legislations, zero incineration and embracing featured renewable energy so as to guarantee a better future for the coming generation.

Highlights of the event were goodwill messages by different Non-Governmental Organisations, demonstration of Clean Cook Stove Emission Test, presentation of stoves to some participants, as well as presentation of awards to some deserving individuals and  organisations. There was also technical paper presentation by a renowned environmental scientist, Prof. Victor Olumekun, from Adekunle Ajasin University.

The event also the presentation of over 1000 clean stoves and camp gas to eradicate the use of fire wood among others in the state.