Would you fight your husband’s side chick? 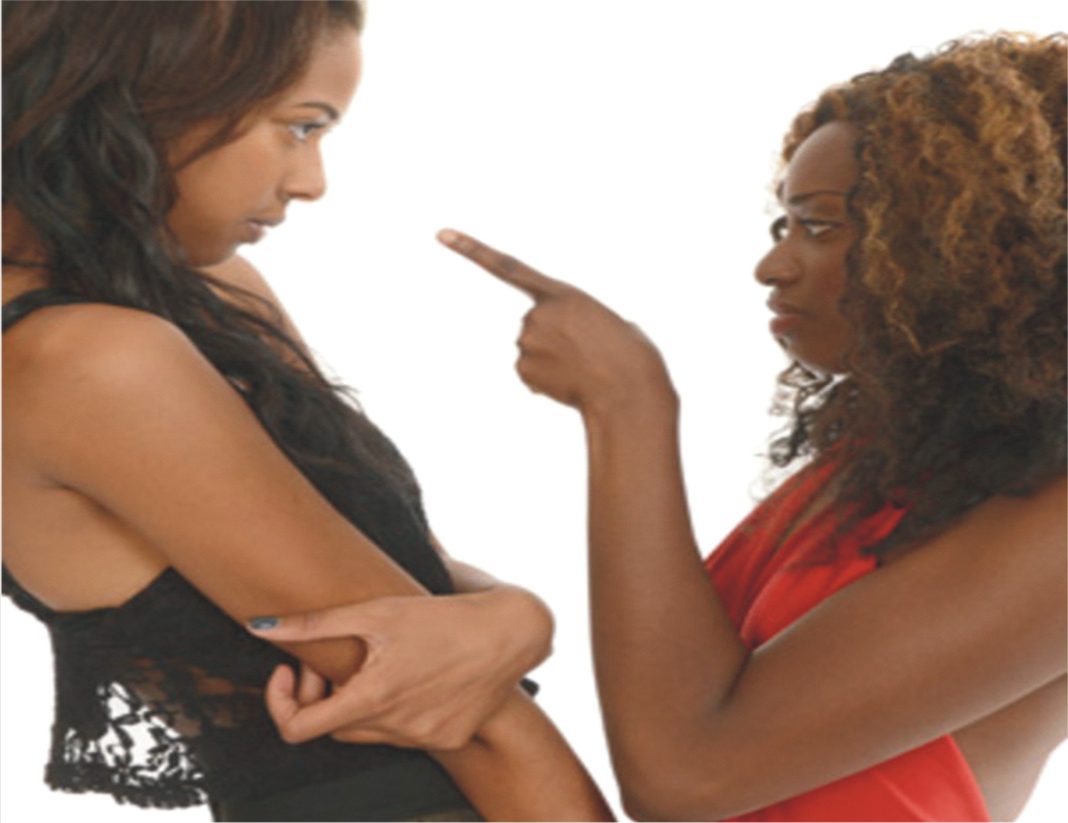 The tussle between the wife and the husband’s concubine is a long  standing one that is as old as time. The  concubine popularly known as “side chick” is the dread of many married women as they believe that those women pose a threat to their marriages.

Nigerians have continued to react to the news of a woman who died in a lone auto crash while chasing her husband and his mistress along the Murtala Muhammed highway, Calabar, the Cross River State capital.

Viral reports indicated that the woman was said to be in pursuit of her husband, alleged to be with a mistress in his car, when she lost control of her vehicle and veered off the road into a ditch.

Reports of women attacking their husbands’ mistresses (or ‘side chicks’ as they are now called) are becoming rampant in today’s society. Many women have been reportedly beaten up, stripped naked or wounded by thugs sent after them because they were having an affair with husbands of other women. The Hope spoke with some women if it is right to fight one  husband’s  mistress.

In the submission of a trader and a mother of three, Mrs Olufunke Aiyedun,  women should  always exercise patience in the face of anger to avoid regrets. Reacting to the issue of the woman who died  in  accident while pursuing her husband and his mistress,  she said: “ The woman should have waited for her husband to return before taking any action. There are better ways of dealing with such a randy man than running after him. See where her impatience has landed her now.

“Women should either accept to pray for their husbands  or separate  if they cannot cope instead of losing their lives. What I tell some women going through such  challenge is to face their children and hand over the man to God. Remembering the scenario how a  beautiful woman lost her life was very sad and painful.  It is a pity the so-called husband has succeeded in killing his wife over  lust for another woman .As the coast is clear, let him wed the woman behind the loss  of his lovely wife.”

Sharing a similar view, a teacher,  Mrs Bolatito Ilemobayo, also warned women against monitoring their husbands which she observed has always been ending in pains. “It is not ideal to monitor men because they will always defend themselves. Even if you know that your husband is keeping mistress, turn deaf ears and remain focused. Don’t even bother to confront him because some women who confronted their husbands’ over side chicks lost them to their side chicks.

“ I am very sure that if the woman who died pursuing her husband and his side chick in Calabar had applied wisdom in handling the matter, she would not have died. The question is, who will love and care for her children like herself? Is it the man who is not faithful while she was alive? In taking decision, women should first prioritise their children’s interest. May her soul rest in peace. May we not end up in a marriage filled with distrust and infidelity. It could be frustrating and unbearable. However, if you find yourself in such marriage, caution yourself not to let it kill you psychologically or completely. Nothing should be more important than your life,” she warned.

A newly married woman with a kid, who simply gave her name as Adetoun, revealed that she has been suspecting her husband with one of the ladies working in his office. She added that when she confronted her husband, he denied having anything to do with the lady in question. “Though, I am not convinced with what my husband said because I have facts that he is dating the lady, but I have learnt my lesson from the sudden death of that promising woman who died while  chasing her husband and his side chick which went viral recently.

Although, I hate the thought of sharing my husband with anybody because I am faithful and committed to my marriage which should be reciprocated, I have since talked senses to myself because my baby is just eight months old. I don’t want my case to end like that pretty woman whose sudden death was avoidable. I observed that my blood pressure was high the last time I checked it which was not so before I got married. I told my mother and she warned me against being worried unnecessarily about my husband’s side chicks. She said that I am too young to be nursing high blood pressure. Now, I don’t check my husband’s mobile phone again and I have stopped listening to his conversation while on calls. I pray God help me to sustain it. I am very sure  that the man whose wife died will not forgive himself knowing that his actions directly or indirectly caused his wife’s  death”

A banker, Mr Olugbenga, urged women to learn from the sad end of the woman who died while pursing her husband and his mistress and take things easy with their men.

Olugbenga, who maintained that it is better not to live a suspicious life, appealed to women to understand that men are naturally created to go after women.

His words: “Not that I am supporting the idea of marital unfaithfulness, but women should understand that men are naturally created to run after the opposite sex. Sincerely speaking, it is not easy to remain faithful to your wife when you see how women display cleavages. The most holy of men  fall when they sight  half naked ladies walking seductively on the streets. That is why clergy men are most times reported to have fallen victims to these Jezebels.

“I see them as ladies with evil missions. That is why women should always pray for their husbands. Men understand that side chicks are on evil mission but it is not easy quitting once you are trapped. As I speak with you, I am looking for a way to set myself loose from the one who tied me because I don’t pray to bury my wife untimely. Most of these side chicks are fetish and men must be wise so as not to affect one’s marriage. I will also  like to advise women not to listen to gossips about their husbands. This is because, I read that the woman who died while pursuing her husband and his side chick was called by a friend who informed her about her husband and his side chick. Keeping side chicks is wrong but most men have them as extra tires. Rather than  confronting their men and side chicks, women should pray that  God should  deliver their husbands,” he said.