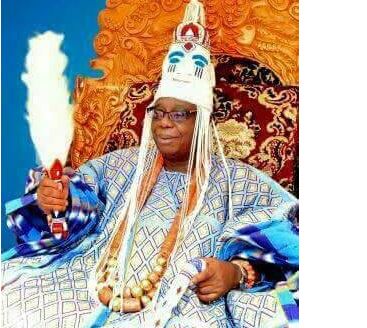 By Victor Akinkuolie Ado-Ekiti
|
The Ewi of Ado Ekiti, Oba Rufus Adeyemo Adejugbe and the Director General of the Ekiti State Council of Arts and Culture, Mr. Wale Ojo -Lanre, have expressed fears that the Yoruba Language might go into extinction if steps are not taken to promote its usefulness and values.

The duo spoke on Thursday when the latter paid a courtesy call on Oba Adejugbe at his palace in Ado-Ekiti.

Oba Adejugbe said the new heads of the agency should not betray the  confidence reposed in them by Governor Kayode Fayemi or shirk in their responsibilities  to rejuvenate the arts and culture sectors in the state to be able to contribute to economic development.

The monarch said: “Our culture and tradition are seriously endangered, especially our language and dialect, which are our greatest identities and assets.

Ojo-Lanre,  stressed  the need to rescue Yoruba language and other traditional mementoes that could have added to our economic and societal values from being exterminated by modernity .

The DG added that Ado Ekiti metropolis occupies a pivotal position in the history of Yoruba nation, which he said should be protected and launched to a global pedestal.

“Anything that has to do with arts and culture must be promoted. Our Yoruba language and Ekiti dialect are gradually fading out, they are being abandoned.

“Some English men did a research in Peckam in London few years ago and discovered that Yoruba language may go into extinction in 15 years.

“We must preserve our heritage for our children, we must prevent  our festivals like; Ogun, Ifa, Egungun , Ija and our general ways of life from dying . They must be protected and that we shall achieve”.