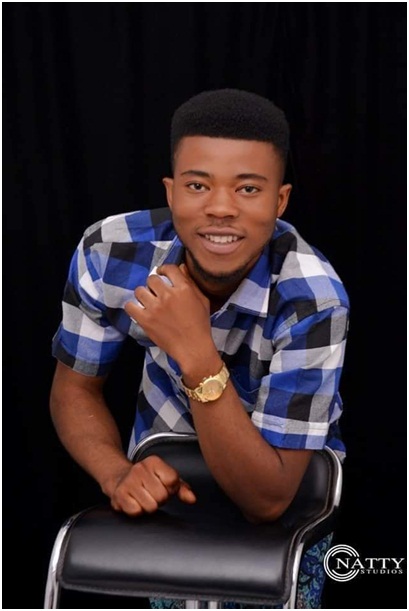 Upwardly singer, Ayelabola Kelvin Tolulope also known as Palmist Kelvin has lamented that up-and-coming artistes in Nigeria do not usually get the royalties of their creative work.
Kelvin said that “the whole structure needs to change and the right channel needs to be built so that the rewards for being creative can come in.”
The artiste who considers Tope Alabi as one of his mentor said that she has proved to be Nigeria’s greatest, at least for now.
Palmist Kelvin who started singing when he was 9 years old will be nine years on stage this year.
He has recorded five singles titled “HALLELUJAH, HOW ARE YOU, OLORUN TOBI, FIYINFOLUWA and GRATITUDE” saying his first album is cooking in the studio and would be released soon.
While commenting on how he copes with ladies that are disturbing him for marriage, he said that there’s nothing bad in rejecting their advances so that they can let him go.
According to him, he usually tells them that he does not want any relationship with any of them
“Am actually not a sex freak, whenever I have urge for sex I quickly stand up and go out with my friends.
The 27 years old artiste noted that truly urge for sex comes but he controls himself in some aspects. There are many ways to control your urge, even when it’s not convenient.
He stated that having sexual urge doesn’t mean they should have sex because he already had an agreement with his girlfriend they will do it on their wedding night.
He stated that as a Gospel artiste his girlfriend doesn’t request for sex from him adding that his girlfriend is also a Christian.