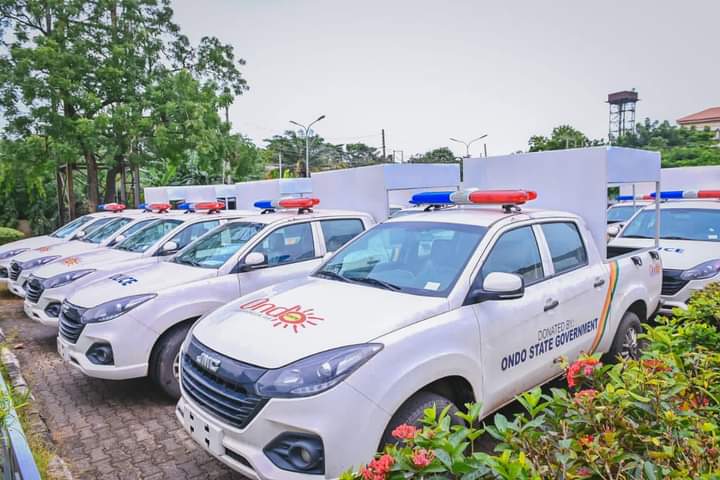 Some of the patrol vehicles distributed to security agencies by the government Photo: Peter Oluwadare

Ahead of Christmas and New Year celebrations, Ekiti State Government has re-assured the people of the state of adequate protection and security of their lives and property.

The government also issued a strong warning to all criminally minded people to stay clear of the state.

The Governor of the State, Mr. Biodun Oyebanji, represented by his Security Adviser, Bridg-Gen. Ebenezer Ogundana (rtd), spoke in Ado-Ekiti on Thursday during the launching of the “Ember Month Partol”.

He said the exercise targeted on the safety of lives and property of the residents and to to ensure peaceful celebrations of the forthcoming festive season on the State.

Ogundana said: “Government would not fold its arms and allow these miscreants to be operating in Ekiti. We have to bring out the security agencies to go round the town look for and identify some criminal hide outs, to  flush out the criminals in the state.

According to the Special Adviser, the security agencies will move to every local government, all the highways and ensure that the state is free and the forest indentify as dangerous spot.

Describing security as joint efforts of both the government and the residents, to the former military officer however solicited for the supports of the people of the State before, during and after the celebrations.

He equally admonished them to always report strange movements to the security men.