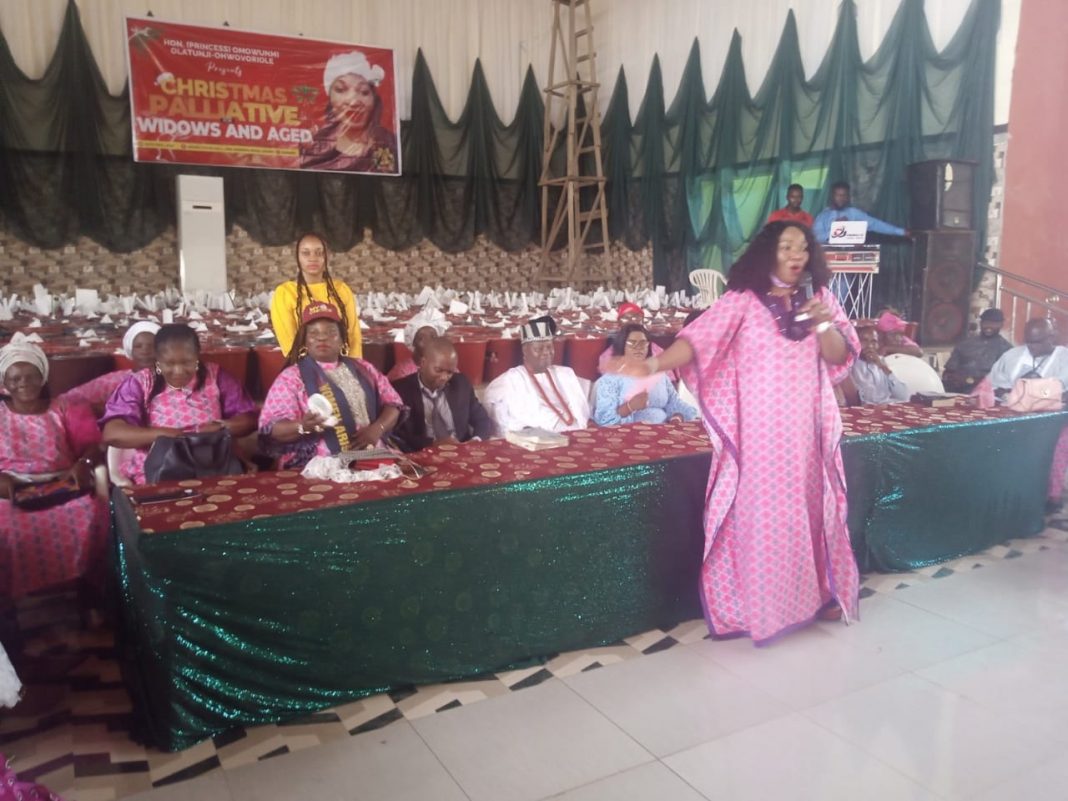 Over 750 women, including Widows and aged have benefitted from Christmas palliatives programme of the Founder of My Choice Group, Princess Omowunmi Olatunji- Ohwovoriole in celebration of the Yuletide.

The programme held at Akure City Hall with praises and prayers, according to the founder and an aspirant for Akure South/ North Federal Constituency is done annually for the past 17 years to put smiles on faces of the down trodden. 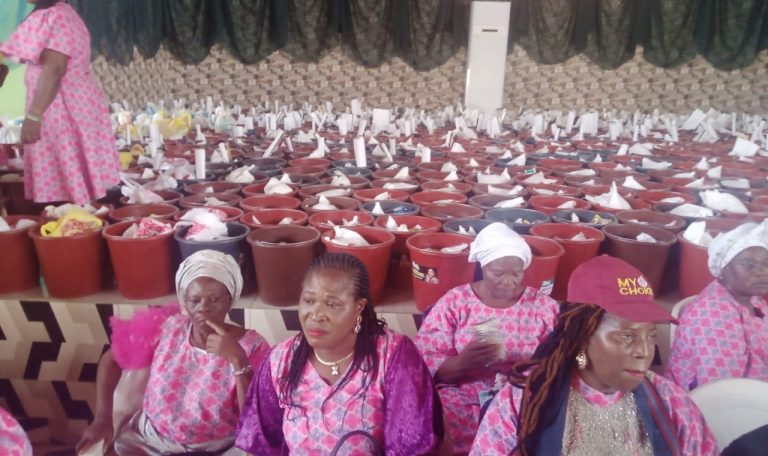 She informed that apart from the palliatives, various business start-up equipments, funds , loans, scholarships among others have been given to people including youths and women at various categories under the group and the Monisola Adeniyan Eddo Foundation in memory of her late Mother and out of passion she has to affect lives positively.

Princess Omowunmi who assured that she is looking forward to have a home for the aged ,the displaced and others in the nearest future averred that it is not until one is blessed beyond measure before one can consider helping others. 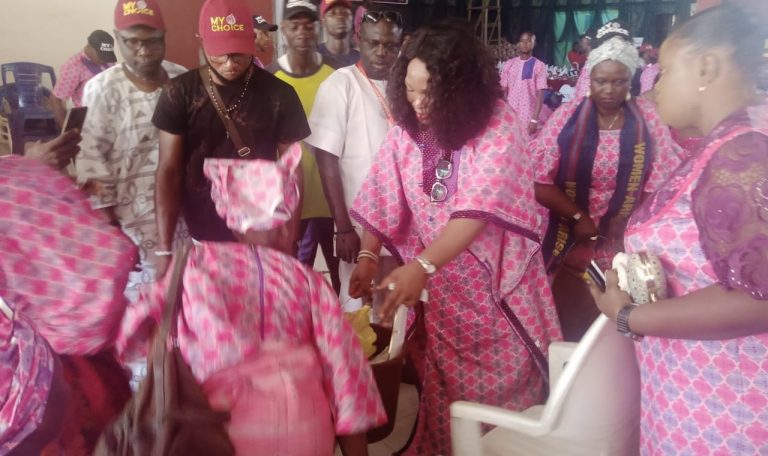 Traditional rulers, Religious, and Women leaders,APC Chieftains and others from Akure South and North who graced the occasion described the aspirant as a philanthropist per excellence whose love for the people is second to none.

They commended the initiative for impacting positively on the lives of the down trodden .

While saying that they are impressed and proud of the Akure born Princess and Politician for her heart of generosity, they called on other well meaning Nigerians to emulate her. 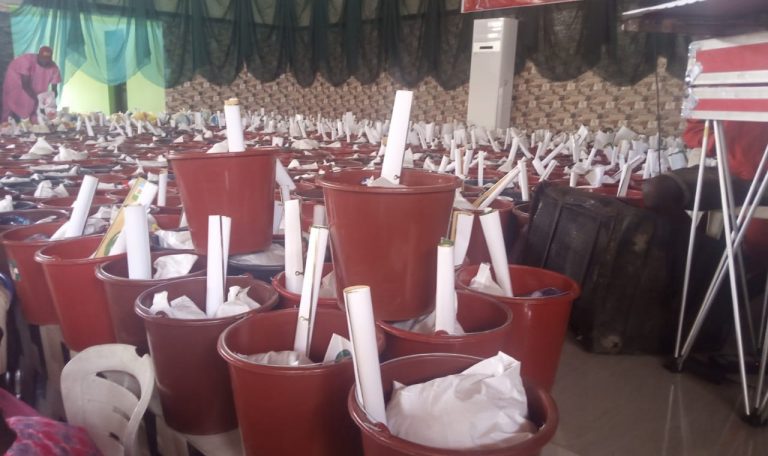 The Special Adviser to the State Governor on Transportation, Pastor Tobi Ogunleye admonishing the beneficiaries, called on people to always put their trust in God and equally applauded the organiser for laying a good foundation for others to build on.

Cross section of beneficiaries who spoke in separate interviews with The Hope commended the initiative,adding that they are elated to have benefited from the gesture.

Palliatives which include 2 kg rice, beans, Indomie, groundnut oil, salt, among others were distributed to women in attendance.