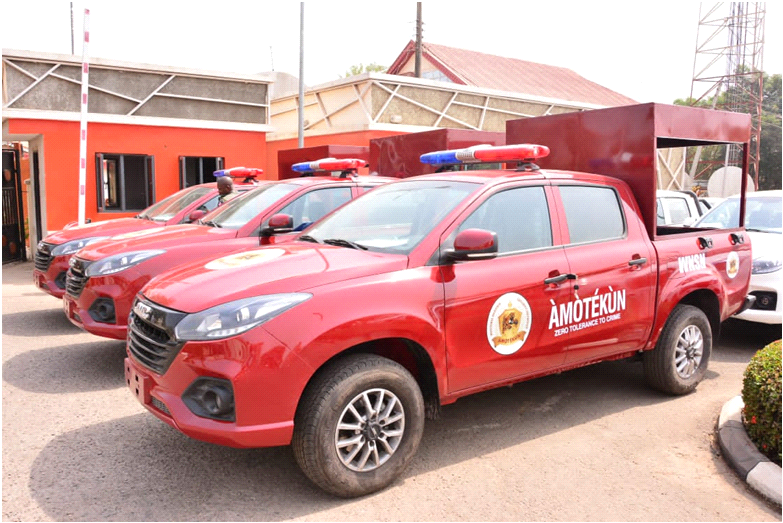 This was disclosed by the state Commander of the Corps, Akogun Adetunji Adeleye, while speaking with newsmen in Akure during the weekend.

According to Akogun Adeleye who also doubles as the Special Adviser to the State Governor on Security Matters; “150 suspected criminals and six trucks were apprehended by the boarder patrol team at the 2022 exercise.

“Among those arrested were 16 suspected kidnappers who were caught just before they concluded plans to carry out the dastardly act.

“We appreciate God for successes recorded at the just concluded yuletide season. You remember when we launched Operation ‘Gba’le Gba’ko’ at the Osun/Ondo boarder patrol, we assured residents of both states that it’s going to be crime free celebration.

“Thank God that we didn’t record any violent crime throughout this period. We owe this to the protection of God Almighty and with the support of the State Governor Oluwarotimi  Akeredolu.

“Our appreciation also goes to the good people of Ondo state for giving us timely information over this period of time.

“During the boarder patrol exercise, we intercepted six trailers that were highjacked and we were able to bring them to Akure and delivered the goods to the rightful owners.

” The drivers and the suspected armed robbers are still going through the normal investigation procedure as some of them are already at the correctional center as we speak,” he said.

The Amotekun Commander further disclosed that during the yuletide season, “we deployed 550 men at every junction and black spot of all major roads, until few weeks ago, when some amount of money were taken away from somebody along Alagbaka road in Akure.

“Apart from that incident, there was no kidnap within the Akure metropolis and at the boarders, we also had an onslaught against kidnappers, especially in Ose and Akoko local governments area.

“Throughout this period, we only recorded two Kidnap incidents and 30 attempts. We also recovered locally made guns with which they use to carry out their operations.

“Apart from these, we arrested taxi drivers that deceived commuters so as to dispossess them of their wares and funds in the state,” the Commander stated.

He assured that the Corps will continue to provide adequate security which he described as the major catalyst for socio -economic growth.

He hinted, that all security agencies in the state which include; the Army, Police, the DSS, DIA, the Civil Defence Corps and the Amotekun Corps would continue to work together as one big family so as to ensure that peace continues to reign in the Sunshine State.

“That is why the slogan of zero tolerance to crime is irresistible. I want to specially thank heads of all security Agencies for their support towards a crime-free yuletide season in the state,” he added.