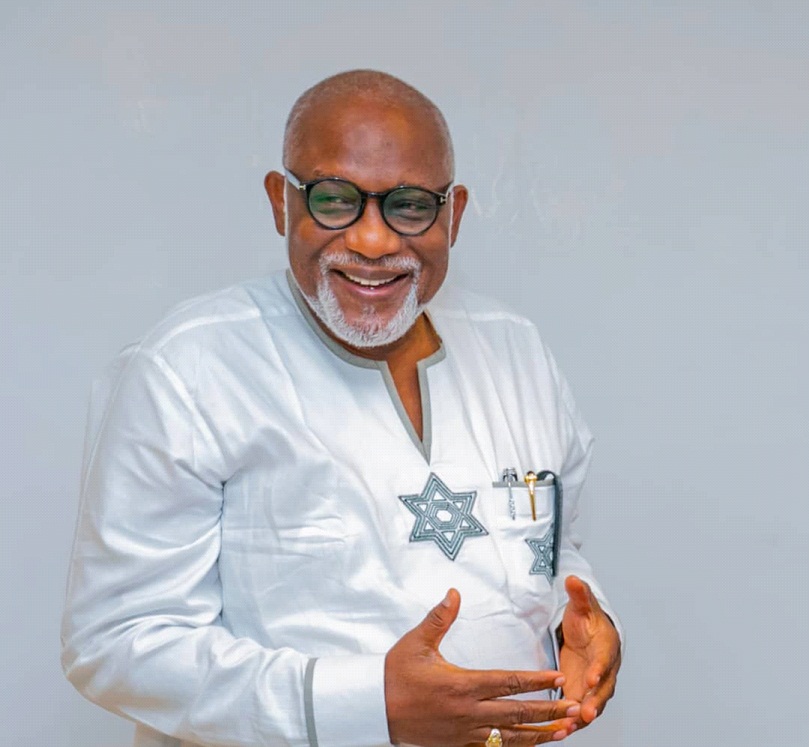 A Senatorial candidate of the Peoples Democratic Party, Ondo Central, Basorun Ifedayo Adedipe SAN yesterday lauded Governor Oluwarotimi Akeredolu’s investment on security in Ondo State calling on other governors in the south west to take a cue from this.

Adedipe made the observation while delivering his lecture at the opening ceremony of this year’s Nigeria Union of Journalists, NUJ, Ondo Council’s Press Week in Akure.

Speaking on the theme: 2023 election: Media Role in the quest for desirable leadership, Ifedayo stressed that security is paramount for the success of any election.

“The fact remains that election cannot be held in an atmosphere of chaos, before I delve into this lecture, I must commend the efforts of governor Akeredolu on matters relating to security in Ondo State.

“It is noteworthy to state that Akeredolu is the only governor that has the courage to protect his people and dare its consequences especially through the machinery of the Amotekun Corps.

“I urge governors of other south west states to follow the path of Ondo State governor particularly in the area of security as no election can be held in an atmosphere of chaos.”

Speaking on the roles of the media, Adedipe called on journalists to always ask questions from political candidates instead of majoring on the minor.

“The topic of today’s lecture is instructive, though it appears simple but it is deep, for the success of any election, journalists and the media have a great role to play but it seems as though the media has not been living up to expectations.

“If you have a leader who reasons and acts according to his personal will, there will be a great deal of problem. Journalists must imbibe the culture of asking questions especially on what type of leadership we want.

The legal luminary highlighted three types of leaders who are often instrumental to the advancement of any nation.

“We have transformative, revolutionary and philosophical leader. Abraham Lincoln is an example of a transformative leader who left an indelible mark in the history of America. Mandela is another example in the African contest, he was jailed for 27years and when he came out, he sought for reconcilation and not retaliation.

“We must hold whoever becomes our leader highly responsible. In the animal kingdom, the strongest leads. The media role is therefore to help the electorate choose wisely, the media should raise salient questions on how political aspirants intend to achieve their manifestos.”

The Governor of Ondo State, Arakunrin Oluwarotimi Akeredolu, stressed the need for everybody to shed the toga of politics and embrace issues that will lead to development.

The governor who was represented by Mr. Kunle Adebayo, the Chairman of OSRC Media Group, stated that once there is cooperation between media and the government there will be progress.

He stated that the activities of the press spurred the state government to intervene in the rehabilitation of Akure-Ado Ekiti road.

The Ondo State Governor who doubles as Chairman of Southwest Governors’ Forum charged the NUJ to look into the composition and functions of the Independent National Electoral Commission (INEC), and educate the public on the need to decentralise it.

The governor noted that the electoral body has about 10 functions, some of which has separate bodies to perform them in developed countries and even some neighbouring African countries, saying “. We cannot have better leaders if we don’t pay a closer attention to the process that produces them.”

The number one citizen of the state who later declared the 2022 edition of the council’s press week open encouraged journalists to continue to do more, even more than they had been doing.

Earlier, Chairman of NUJ Ondo State Council, Prince Leke Adegbite, in his address, attributed his success within a short period to God, support from the state governor and members of the council.

He thanked Ondo State Government for approving the payment of gratuities for Owena Press Limited’s retirees.

According to the Council’s chairman, the state government disbursed N18.3 million in the first tranche and has approved the payment of another tranche.

We have been calling on government to intervene in the hike in price of petroleum products, because it affects the operations of media organisations.