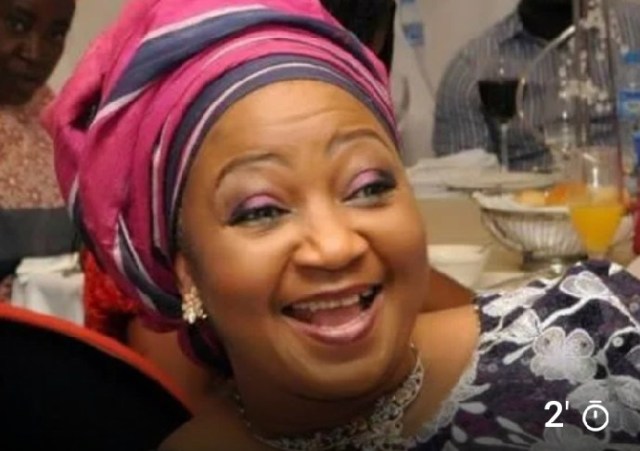 By Ayodele Fagbohun
|
Once upon a time, South West media were a voice of the people.  The people of the zone controlled the economy through their industries and had a formidable political platform which spear-headed the implementation of the progressive political philosophy and programmes of the leader, the late sage, Chief Obafemi Awolowo” – Chief Mike Omoleye, a mystique of the league of veteran journalist in Ibadan, Oyo State.

The wanton killing of Mrs Olufunke Olakunori the daughter of the National leader of the pan-Yoruba socio-political organisation, Chief Reuben Fasoranti (OFR) by unknown gunmen but strongly fingered as Fulani herdsmen at Kajola, Benin/Ore Express way last Friday must thoroughly be investigated to allay once and for all the fears of possible subterranean political undertone conceived to annihilate a perceived class that constantly remains resilient as the conscience of the nation.

The dastardly, heinous and most cowardly act should be subjected to critical analysis as prognoses could be suggestive of having prior knowledge of the movement of the slain woman on the fateful day.  As she was the only victim mortally wounded in the cross fire and died in profuse bleeding and agony before help could reach her at the hospital in Ore, headquarters of Odigbo local government, Ondo State.

Her Toyota jeep riddled with bullets is an exhibit also a subject to forensic study as a clue to help unmask the perpetrators of this crime that shakes the nation.

This break in the nation’s security networks should no longer be tolerated for the survival of the whole country.  It was responsible for the unresolved murder of Uncle Bola Ige, the frontline Yoruba leader who died under the watch of President Olusegun Obasanjo, as the nation’s Attorney-General and minister of justice in December 23, 2001.

Now, the gruesome murder of Mrs Olufunke Olakunori, the ebullient and vivacious daughter of the octogenarian Afenifere leader, Pa Fasoranti, a redoubtable fighter for Yoruba’s nationalism cannot be swept under the carpet for obvious reasons.

It must be reiterated that every tier of government should of necessity address the security laxity that on daily basis renders lives not worth a dime and the nation handing by a thread waiting to tumble down the cliff sooner than later.

Rather than indulge in unsubstantiated, unfounded recriminations, blame games, casting unnecessary aspersion out of mutual inter-ethnical suspicious and plain envy that such and such leaders wielding only transient political power are nakedly responsible for the nation’s woes.

For the security of the country was very strong, reliable and sure footed at the attainment of political independence from the British colonial masters on October 1, 1960.

What then had gone wrong with our security architecture since we have been called to manage and administer our own affairs as sovereign nation?  Our security problems are apparently intractable and a big twist to the worse crying for more urgent and clinical solution.

The otherwise rotund security network services once a pride of the nation showed signs of decadence and weakness in the wake of the 30 months old internecine fratricidal civil war.  But apparently the lack of strong political will act progressive ideological orientation is the bane of the ruling class to positively, boldly and patriotically cultivate the diverse interests within the country for public good.  This has further exacerbated the volatile state of the nation with corrosive effects on the nation’s security.

With the cessation of hostilities in January 1970, the post war Gowon military era was weak, megalomaniac and not decisive enough to take the bull by the horns in effectively tackling attendant security menace arising from the unfortunate civil war.  Ever since, the security problem as addressed with kid gloves by successive governments both military and civilian continued to rise astronomically beyond their capabilities and with all venom and monstrosity to swallow the country in a fell swoop.

The extreme planlessness of the economy; corruption in high official quarters, the abject low performance and debauchery with which the affairs of government invariably being conducted and supervised with niggardly attention left more to be desired until recently.

Even, corruption is still regarded in the official quarters as a way of life and a source of embarrassment and disenchantment to some prominent Nigerian politicians and elder statesmen retired from active politics, whose erstwhile brilliant feat in the field of diplomatic warfare and administration saw contry through the crisis.

In his lecture entitled Yoruba nation in Nigeria, which way forward, delivered under the auspices of the League of Veteran journalists, Oyo State in conjunction with the Divine Society at Ibadan, Chief Mike Omoleye, a veteran journalist and a great mystique of no mean order lamented the fate of Yoruba people in many spheres of life in Nigeria in respect of their socio-economic and political future in the polity, since the sudden transition of the leader, Chief Obafemi Awolowo.

According to Omoleye; “I believe that the death of Chief Obafemi Awolowo in 1987 marked the beginning of the slide of the Yoruba nation from political pinnacle to our present deplorable grass level in the country.  There has not been a suitable substitute to Awolowo since his departure.  Coupled with the incessant betrayal and schism among Yoruba politicians, false neo-Awoists have derailed from the true political philosophy and programmes of Chief Awolowo for the Yoruba race.  This may be due to selfishness, lack of focus and failure to understudy the sage through his writing and several books of his.”

Chief Omoleye was apparently very dejected to remark thus: “Yoruba appear to be in political twilight.  There is no specific dynamic political leader culture organisation are in total disarray or dead.”

This write up humbly submit and in unmistakable terms that the Afenifere be it the old and the so called renewal group have failed abysmally in their mission to propagate the ideals of the late sage, Awo.  For their singular failure to hold sacrosanct the home place of Chief Obafemi Awowolo at Ikenne, Ogun State as a rendezvous for their meetings and serves as tourist centre.

The Afenifere and their friends can be there to learn and study more about Awolowo and his ideas in his well stocked library.  We should learn from the political followers of Mathama Gandi that converted his residence as a meeting place this day.  We in Yoruba land should stop playing lip service to Chief Obafemi Awolowo though dead, his works and legacies speak volumes and endure forever.

Perhaps against this ugly scenario that what informed the unexpected and timely resignation of the National leader of Afenifere, Chief Reuben Fasoranti when in 2018 or thereabout dropped a bombshell, relinquished his exalted position as leader and wished the group farewell on the strong and incontrovertible grounds that Afenifere as socio-political and cultural group had lost focus and not living to its objectives and mandate for a very long time.

But unfortunately, Chief Ayo Adebanjo a long term political associate in the defunct Action Group/UPN prevailed upon wise counsel of Baba to give the embattled Afenifere a semblance of credibility in the eyes of the public.

I always insist that truth always crushed to the earth shall certainly rise and live to fight its battles on the evil doers to finish.

It is high time the Yoruba had a rethink; Afenifere must restrategise unite to fight for self determination and sovereignty within the framework of the federal republic of Nigeria.  This is not the time to capitulate.

The tragic death of Mrs Olufunke Olakunori, Papa’s amiable daughter is not only a blow but a temporary setback on entire Fasoranti dynasty.  But a major one for Yoruba to have another rethink for unity and love san avuncular animosity for the survival of the race.

At the fullness of time, Papa Reuben Fasonranti will by the grace of God one day transit and shall be buried like a deity.