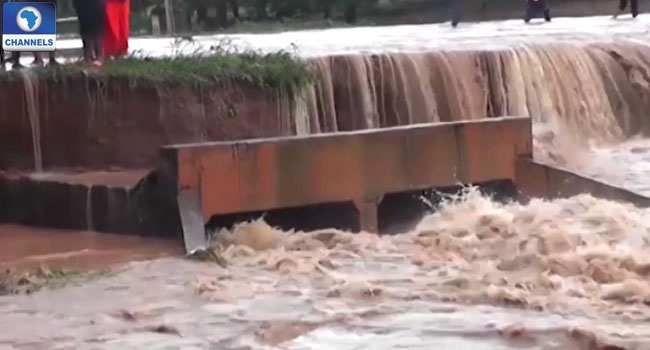 The State Deputy Governor, Benedict Alabi disclosed this during the distribution of relief materials to 1,600 victims of the 2021 flood disaster in Osun by the National Emergency Management Agency (NEMA).

Alabi commended NEMA for the gesture and its consistent interventions over time and assured that the relief materials would be judiciously distributed and utilised as intended.

Mr Afolayan Olusegun, NEMA Ekiti Head of Operations, who coordinated the distribution of the materials in Osogbo, said the victims were drawn from 11 Osogbo communities that were ravaged by flood disaster on August 10, 2021.

Olusegun said that when the disaster was brought to the notice of NEMA by Osun State Emergency Management Agency (OSEMA), its officials went to assess the damages and make recommendations.

“The relief materials we are distributing is for affected persons of the unfortunate flood disaster and these materials are to cushion the effect of the disaster on them,” he said.

Olusegun said the distribution was being done by the Federal Government through NEMA, under the Ministry of Humanitarian Affairs, Disaster Management and Social Development.

The General Manager of OSEMA, Mr Amos Adejinle, commended NEMA and other stakeholders for the distribution and support given to the state in the area of disaster management.

Adejinle noted sadly that majority of the disasters occurred as a result of human errors while few were natural.