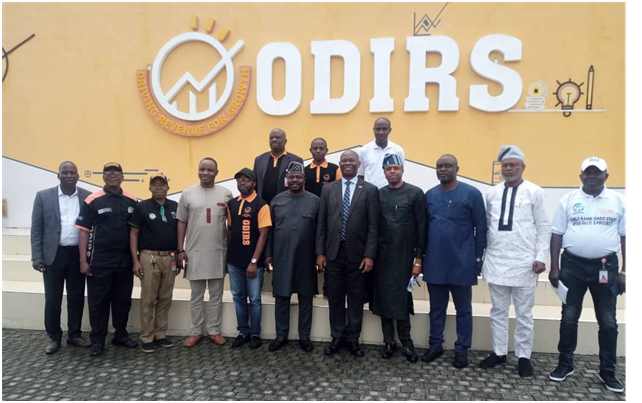 Ondo State House of Assembly said it would continue to cross-fertilize ideas with relevant agencies towards boosting the Internally Generated Revenue of the State.

The House also expressed confidence that when citizens pay their taxes or levies, they empower the state government with the resources to provide development for the State.

The Chairman, House Committee on Finance and Appropriation, Sunday Olajide stated this  when he led other members of the committee on an oversight visit to the Ondo State Internal Revenue Service (ODIRS), in Akure.

Olajide noted that the development of any state depends on innovative steps aimed at boosting the state’s IGR, especially as allocations coming from the Federal Government are dwindling while needs arise too on daily basis.

He commended Governor Oluwarotimi Akeredolu for providing enabling environment and the Management of the ODIRS for putting up new initiative towards achieving better results.

Other lawmakers said that they were happy with what the team was doing, urging them to continue to come up with good ideas that would better the lots of the State.

They assured of legislative backings to enable the agency continue to do more.

Earlier, the Chairman ODIRS, Tolu Adegbie who reeled out their activities and achievements noted that all tax stations across the eighteen local governments have been renovated including building already dilapidated ones.

Adegbie explained that various initiatives were initiated to make tax payment easy for the people.

He further added that the agency is determined to suppass its target every year, stressing that it had been providing support for the top twenty most outstanding MDAs in the State to achieve better results.