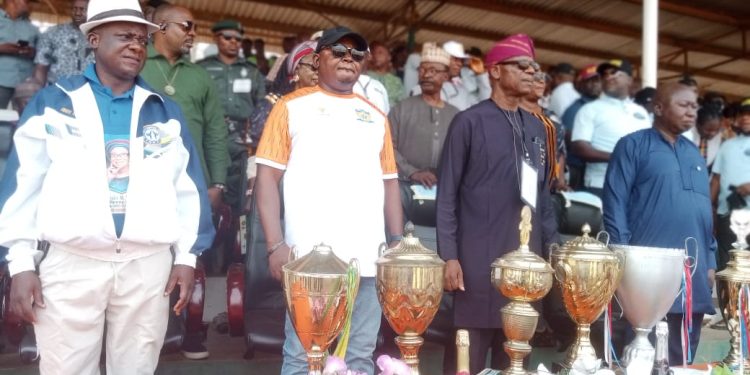 Federal Polytechnic,Ado – Ekiti has emerged over all winners of the 21st Nigeria Polytechnic Games Association (NIPOGA) with 23 Gold,14 Silver and Nine Bronze medals.

He congratulated the School Management for the successful host of the games, saying they have done a wonderful job.

Akeredolu represented by the Commissioner for youth and sports development, Mr Bamidele Ologun while declaring the 21st NIPOGA close charged the next host to embark on early preparation .

Akeredolu said: “The next host should not wait till few days to the games before they started their preparation, they should avoid fire brigade approach.”

The President of NIPOGA Council and the Rector of the Rufus Giwa Polytechnic Owo, (RUGIPO), Mr Gani Ogundahunsi attributed the successful hosting of the 21st NIPOGA to God Almighty, thanking the Governor of Ondo State, Arakunrin Oluwarotimi Akeredolu for his support.

Ogundahunsi added that resilience, hard working and proper preparation kept the LOC going from the beginning to the end of the games.

According to him, “the Ultimate was to organise a befitting competition that bring honour to the name of our institution and the state at large, we remain focus by not allowed anything to distract us”.

“I expect the next host, Delta State Polytechnic, Oghwuashi- Uku to do better that we did , because they would have learnt a lot from us.”

The Rector of the Delta State Polytechnic, Oghwuashi- Uku, Professor Emmanuel Achuenu who are going to host the 22nd edition of the games said their target was to do better than what RUGIPO has done.

He said: No doubt that RUGIPO has done a very good job,but we are going to ensure that we surpass them by organise a better games in 2025.

He charged all the institutions and their athletes to star preparation for the next edition of the games since the date as been known.