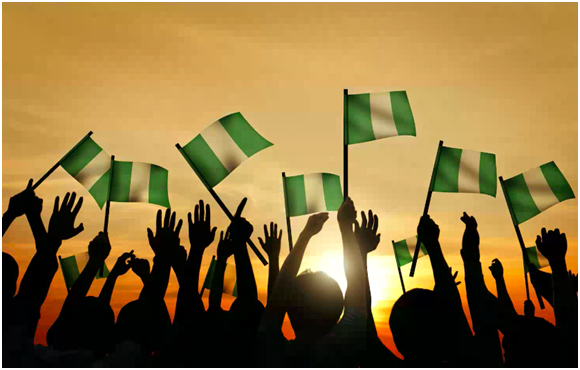 As Nigeria celebrates her 62nd independence anniversary tomorrow, notable Nigerians have expressed hope that with right leadership, the country could rise to become great out of its present grave challenges.

They hinged their hope on the availability of the needed vast human potential and natural endowments Nigeria needs to be great.

Nigeria, they believe could still regain her lost glory if certain decisive measures are urgently put in place.

Bishop Bolanle Gbonigi believed that Nigeria could regain its lost glory, noting that the country’s problems are man-made and surmountable.

He said Nigeria is God’s own project that will manifest its glory based on his conviction of restoration.

Gbonigi who charged Nigerians to have confidence, noted that the dreams of the founding fathers for the country shall be fulfilled, adding that nemesis will catch up with those terrorising the country.

He, however, warned that the next presidential election may fail if certain issues were not resolved.

National leader of the Pan-Yoruba socio-cultural organisation, Afenifere, Chief Reuben Fasoranti,  revealed that Nigeria may never regain its lost glory unless there is a change of attitudes and behaviours.

He listed some of the things deterring the country’s progress to include bad leadership, corruption and bad attitudes.

Chief Fasoranti observed that  “Nigerians still have to work hard. So many things are wrong, people are not working hard, there are fraudulent activities in the land. People are not honest. People should have a change of heart.

“Unless we work hard we can’t make it. I just pray that God will intervene, he added”.

According to him, the country had for a very long time suffered in terms of not having purposeful, visionary and selfless leadership.

“The country must have a leader that can influence, earn respect and mobilise the people to achieve his vision,” the don declared.

He added that the country must be restructured to attain true federalism while her resources must be well harnessed and utilised to develop the country.

He said having the right leadership and restructuring the country will create enabling environment for human resource to have positive changes.

The political scholar described as shameful and unpardonable that Nigeria cannot adequately feed her population despite having the resources needed but relied on importation.

“If local people can be refining petrol, even if it doesn’t meet the world standard, just imagine if experts look into it, they will produce fuel for local consumption. If we export crude oil, nothing prevents us from also exporting refined oil,” he said.

Bishop of the Owo Anglican Diocese, Rt Rev, Ayodeji Fagbemi, posited that Nigeria can still make it saying there is a future for the country.

“To get there, Nigerians must look for credible leaders who can assemble people of like minds who will steer the ship of the nation to shore up economic prosperity, he stated.

He said: “So if you ask, the real problem with Nigeria is leadership. If we have the right people in power, Nigeria can do better.”

“We have not had people who are detribalised, focused, in position of leadership to lead us or navigate the stages of growth that Nigeria ought to have gone through.”

“When you think of an ideal society where the well- being of your fellow is your concern, where you think of a better Nigeria, where you are not after anything goes, then  we will have a better place where we can all live to achieve our pursuits”.

In the same vein, the Chief Imam of Arigidi-Akoko, Sheikh Jimoh Balogun said the country can still regain her lost glory and stand a place in the comity of advanced economies if all the natural resources God endowed us with were well harnessed.

Balogun, however, said the key to getting this revolves around good leaders and followers.

Prof. Bayo Aborisade, however, regretted that the country is not better as an independent nation than it was while still under her colonial masters.

Aborisade said there is no specific improvement on the nation ever since it gained independence, stressing that the only achievement Nigeria has made is her sovereignty.

“A 62 year old man is already a grandfather but the case is different for Nigeria. The only plus for us as a nation at 62 is the fact that we are still a country, unfortunately, we have not progressed.

“There is still great division among the people of Nigeria and the wall between the rich and poor is still wide so much such that there seems to be no way of bridging that gap.

“If we look at all the indices of development, you will agree with me that our democracy is no democracy. All the sectors from the power sector, economy to the petroleum industry are all in moribund, Nigeria is the only member of OPEC that still imports refined fuel. Then tell me, which aspect have we progressed?

Speaking on the flag off of campaign by political parties slated for Wednesday 28, September, the don said Nigeria should not expect anything better than what has been said in the previous campaigns, stressing that all the parties are the same and that non of the candidates has the solution to the myraid of problems bedeviling the nation.

“They are going to start their campaign, but the approach will still remain the same, the messages are not going to be different but none of them is going to offer a solution to the problems of this country and deliver us from the hands of the people that are holding us hostage.

“They are puppets of western economic and political powers and those people are not going to give up because they need the resources in our land and they want people who are going to do their biddings. So If anybody is waiting for a solution after this, it is only in their imagination.”

Aborisade, however, said the only way forward is for all and sundry to have a rethink on what kind of political and economic system do we want, then proactively work towards achieving it.

Chief Seinde Arogbofa said he is fed up with the situation in the country as he wondered if there was still hope for Nigeria.

He said that all the efforts and pieces of advice of elder statesmen in the nation were not being taken into cognizance.