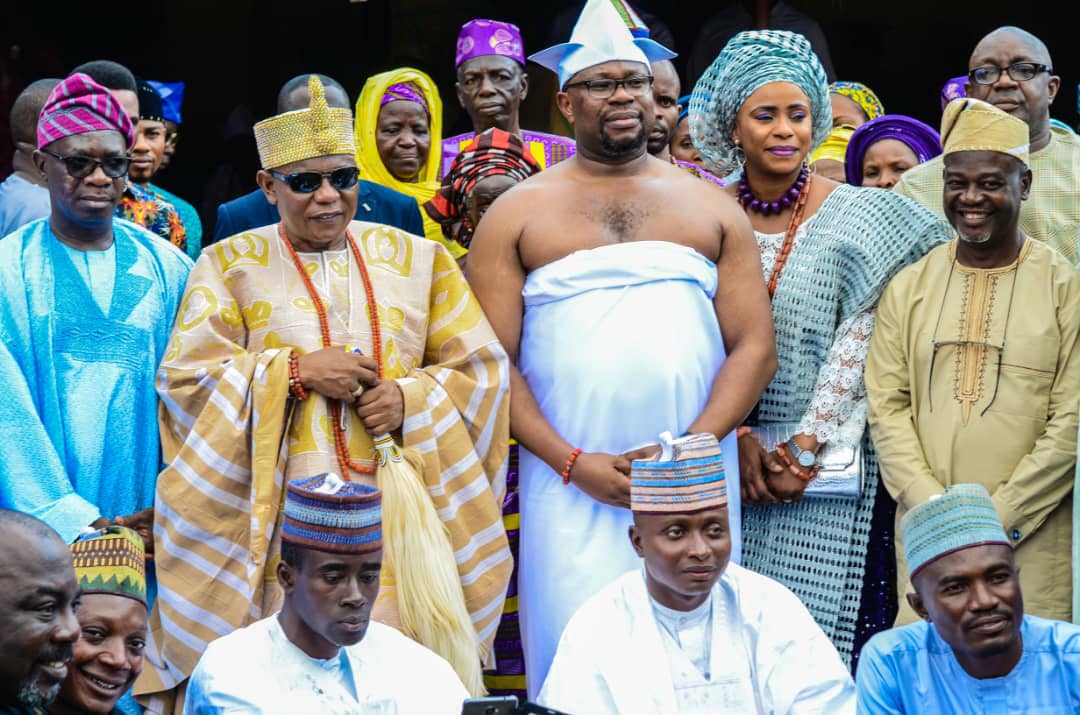 By Adekola Afolabi
|
Deji of Akure kingdom, Oba Aladelusi Aladetoyinbo Ogunlade, Odundun ll, has said plans are underway to establish the first community-owned university in Nigeria for the ancient city.

The Imperial Majesty who explained that a technical committee had already been set up and is currently working on it, particularly solicited the moral and financial supports of all and sundry to actualise the lofty vision.

He noted that he has received great support from the traditional rulers across the Akure-speaking communities, his chiefs, the Olus and Baales, the youth, market men and women and all stakeholders to achieve the laudable feat.

The monarch charged all Akure sons and daughters, home and abroad, to be united and always speak with one voice to ensure accelerated development of the land.

He also said the renaming of the annual Oyemekun festival as Ulefunta/Oyemekun was aimed at redefining “our identity and creating a unique one which singles us out as people with one of the finest cultures among the Yoruba race and in the world in general”.

The Deji added that the epoch-making event was to revamp, celebrate and showcase the cultural values of Akure kingdom to the world, just as he emphasised that Ulefunta festival has no attachment or any link with idolatry but the celebration of culture, bravery, excellence, resilience and love which Akure people are known for.

“I therefore enjoin all Akure sons and daughters, both home and abroad as well as residents of Akure to embrace the new cultural renaissance and cooperate with us for a greater and prosperous Akure. I have keen interest the need to create an avenue for us to discuss and reach a compromise on issues that are of collective interest to us.

“We must come together to build a virile, egalitarian Akure of our dream. I assure you that we are already looking at contours of our associational lives which hitherto had served as dividing factors among us. Though the work is not yet completed,  I have a strong conviction that we are already at the verge of achieving victory. We will all be united, irrespective of whatever might have divided us in the past”, he asserted.

The Deji who also used the occasion to appreciate the Akure sons and daughters for their unalloyed supports and cooperation, further noted that all hands are on deck to ensure that Akure becomes a commercial hub.

The event was attended by dignitaries from all walks of life including the state governor Arakunrin Oluwarotimi Akeredolu.

At the event, Governor Akeredolu represented by the SSG, Mr Ifedayo Abegunde, who rejoiced with the Deji of Akure,  Oba Aladelusi aladetoyinbo and all the Akure sons and daughters on the occasion also commended them for their wisdom, good vision and commitment to develop the kingdom.

He expressed optimism that the concerted efforts of Akure sons and daughters will make Akureland much greater and prosperous in the years ahead.

Earlier in the day, the Deji conferred honorary chieftaincy title, Aare Baaroyin of Akure kingdom, on Sam Nda- Isaiah, Chairman of the Leadership Group. The title was the first in the history of the ancient city. Also, Prince Afolabi Obasuyi was installed the Agbaka of Alagbaka.

The colourful ceremony which took place at the Deji’s expanisve Palace in Akure, the Ondo state capital was performed amidst pomp and pageantry as the dignitaries from all walks of life including prominent sons and daughters of the ancient town graced the occasion.

Oba Aladetoyinbo said that the decision to confer the honorary chieftaincy title on Mr. Nda – Isaiah was based on the recognition of his tremendous contributions to the growth of the media industry in Nigeria, just as he asserted that all the holders of the chieftain.

Speaking after he was conferred Aare Baaroyin of Akure Kingdom, Mr. Nda -Isaiah appreciated the Deji, chiefs and all Akure sons and daughters for the honour done him and promised to continue to propagate the rich cultural values and traditions of Akure Kingdom using his media enterprise.

He noted that premium would be placed on the district customs and traditions of the ancient city, saying that the honour would spur him to do more for humanity.

The Leadership boss who further described the ancient town of Akure as one of the most oriented kingdom in Nigeria considering its rich cultural heritage, equally pledged his total and unalloyed loyality to the city, saying he was prepared to work with every member of the kingdom in order to achieve success for his new office.

On his part, Afolabi Obasuyi while appreciating the monarch for recognizing his contributions to development of the city,  further expressed his readiness to cooperate with relevant stakeholders to bring more development to Alagbaka and Akure in general.

Highlights of the event were unveiling of festival calendar, unveiling of 2019 Ulefunta festival logo, paying homage to the Deji, introduction of the new chiefs,  presentation of prizes and donations.