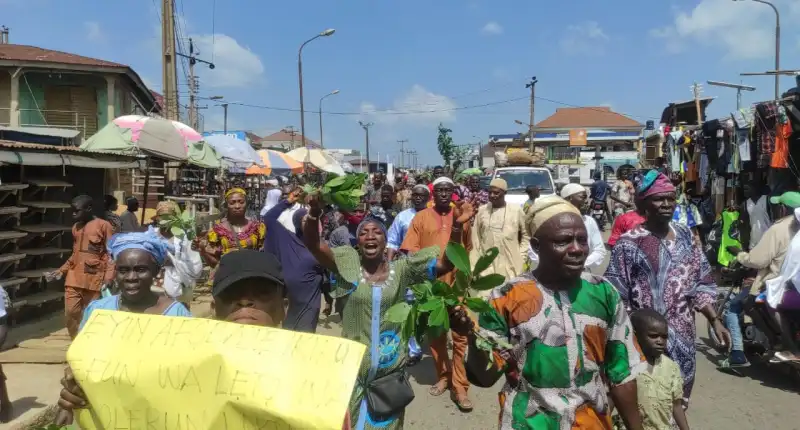 Indigenes of Ikirun in Ifelodun Local Government area of Osun State have shown disapproval over the newly selected monarch, Prince Yunusa Olalekan Akadiri of Obaara Ruling House.
The concerned Ikirun youths alleged that the selection process was faulty, described it as undemocratic and negating due procedures.
They converged on the NUJ Correspondents’ Chapel in Osogbo, Osun State capital calling on Governor, Adegboyega Oyetola to look into the matter.
Addressing newsmen, their spokesperson, Oluwafemi Olawale from Obaara ruling house appealed to the government not to go ahead with the planned installation of the Akirun-elect but wait for the position of the judiciary since the matter was in court.
Olawale said: “We feel that the purported selection process of the new Akirun which according to the Eesa of Ikirun, Chief Lawal Adetoyese Kareem, is faulty. This is so because the Eesa who doubles as the Head of the Kingmakers was unable to reach his colleagues 72 hours prior to the purported selection. He also claimed that they usually meet on daily basis to make decisions on how to govern the town and the way forward but they were unavailable two days to the purported selection process.
“As concerned Ikirun Youths, we believe the act is undemocratic and negates the due procedures of selecting who fills the vacant stool. In addition, the mood of Ikirun people does not favour the person that was allegedly selected. It should therefore be noted that we know Mr Governor for his humility and forthrightness and will not allow anyone to tarnish his image which everybody in our town and the entire state admires him for.
“The residents of Ikirun pleaded with Mr Governor to intervene on this matter so as to sustain the peace and order in the town and the state at large.”
The indigenes, who described the Akirun-elect as uneducated, said at this age, Ikirun was too blessed to be led by an uneducated person and a man of questionable character.
Olawale stated that the process that produced the Akirun-elect should be declared null and void. Also, government should set up an investigation committee to investigate the process and the claims of the parties involved.
He stressed that government should follow the Chiefs Law duly and appoint an acceptable king for the town.
He, however urged residents and indigenes of Ikirun to be law abiding and resist attempts by unscrupulous elements to hide under the guise of the kingship tussle to perpetrate criminal activities in the town.
“We also urge security agencies to rise to the occasion by maintaining peace in the state,” Olawale concluded.