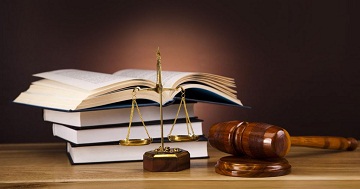 Seye Fakinlede
|
“My lord, my wife is quarrelsome. She is fond of  fighting, and was always locking  my  shirt in public over trivial issues.

“There was even a day she  slammed the door on my head because I failed to provide for her feeding.

That was the testimony of a 53-year-old trader, Ayodeji Owajoba, before  a Grade B Customary Court in Akure, as he prayed the court to dissolve his  marriage with his 20-year-old wife.

Both parties had  appeared before the court for hearing of the divorce suit,  after every attempt to settle failed.

While  under oath,  Owajoba,  who  resides at No. 12 Oke-Ijebu, New garage,  Akure,  had sworn that,  ‘his unrecognized” union to the defendant, Tawa,  was  blessed with a girl over two years old, saying it had failed.

He said, ” I have endured everything, but I cannot any longer . I had reported the case to the police because I do not want to do anything that might affect her. Right there, I was advised to take it up legally .”

In her defence,  Tawa, a resident of Sango and  unemployed,  with a sorrowful look, asked the court to  dissolve her marriage, while she urged the court to grant her the custody of the child, adding that Ayodeji should be responsible for the child’s well-being.

While giving evidence,  the little  girl  strapped at her back kept  pulling her hairs at Intervals, prattling “mummy”,  and pointing to her father whose head was bowed during the hearing.”

The Court’s president, Chief R.F. Olusanya, asked both parties if they would like to  cross examine each other. But  they replied in the negative.

Olusanya, therefore, adjourned the case till July 22, 2019 for  judgement.