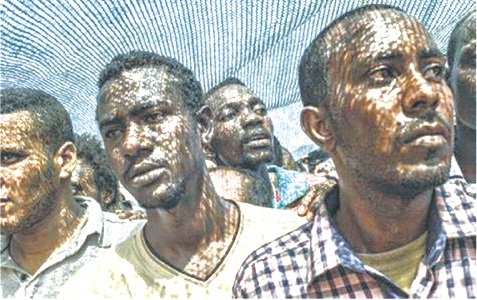 The recently recorded migration of Nigerians to developed countries calls for great concern as the majority, especially young people, believes that the country is not working and nothing good can come out from it, hence, their decision to seek greener pastures in countries that promise them better prospects.

According to the African Polling Institute (API), reports indicate that Nigerians mostly go to countries such as Canada, the United States, the United Kingdom, Australia, Germany, Spain, Italy and South Africa in search of a better life.

This massive exit is mostly noticeable in the health sector as it is generally believed that the above mentioned countries have better living conditions especially in terms of better facilities, better work environment, higher salaries, career progression and an improved quality of life compared to Nigeria.

As at 2020, the highest monthly earnings of a Nigerian doctor were about USD 1,365. In Sierra Leone, a doctor earns up to USD 2,000, while doctors in the UK, United States, and Saudi Arabia earn up to ten times Nigerian doctor’s monthly earnings; this has doubtlessly increased the desire of emigrating to these countries.

The government on their own part as well are not helping matters as it has been criticized for low budget allocation, resulting in the underfunding of health activities and remuneration of doctors and health workers in general.

For instance, only 7 percent of the 2021 total budget goes for health expenditure as against the 15 percent agreed on by African leaders and the World Health Organization (WHO) in 2001. This perhaps is as a result of the fact that political office holders and top government functionaries do not make use of these hospitals whenever they require medical attention, rather, they will be flown abroad for treatment.

The most worrisome part of it is that Nigerian-trained doctors are the ones attending to these politicians whenever they travel abroad. Reports from the Nigerian Medical Association indicates that about 2000 doctors migrate from the country on yearly basis in search for greener pastures.

Between July 2020 and May 2021, there was a significant increase in the average number of doctors trained in Nigeria and currently practicing in the United Kingdom (UK) placing Nigerian doctors the third highest in  UK.

According to a report from the WHO, Nigeria has a Doctor-Patient ratio of 4 doctors per 10,000 patients and five hospital beds per 10,000 patients. The implication of this according to the Nigerian Medical Association is that with over 200 million people, it would take about 25 years to produce enough doctors that will adequately cater for the population of Nigeria.

This unpleasant situation can only result in poor health outcomes. Mortality rates are preventable and could be reduced to the barest minimum if doctors are available.

Medical personnel on several occasions and through several means had registered their displeasure over their poor service condition and expressed concern on the high rate at which other colleagues drop their resignation letter and move out of the country.

It seems as though the government of Nigeria is less concerned with this worrisome development. This was seen in the comment of Nigeria’s Labor minister, Dr. Chris Ngige in response to this menace, as he said that he is not bothered about the increased rates of doctors moving to other countries. “We have surplus doctors, if we have a surplus, we export.”

The disturbing part is that Nigerians are mostly not recognized in Nigeria but immediately they step outside the borders of the country, they become a threat to their host country due largely to their great exploits.

This growing trend in the number of migrating doctors is doubtlessly detrimental and poses a major constraint to the attainment of SDG 3 (good health and well-being) in Nigeria as it has drained the country’s human capital.

With the increased rate of medical personnel’s migration from Nigeria, it will be practically difficult if not impossible for Nigeria to achieve the SDG 3 whose target is to improve the recruitment, professional development, and retention of health professionals in developing countries by 2030.

The indispensability of a functional health system cannot but be stressed. The panacea to this menace is for the government to make a significant financial commitment by making provision for necessary infrastructure in the health sector.

As the new year begins, governments at all levels should make health matters a priority considering its link with better life quality and economic development. Doing this will be a great advantage to all and sundry and will rightly position the country.

It is time for governments as well as all stakeholders to wake up and savage this great nation from this decadence as the fact remains that Nigeria has all it takes to stand strong among the committee of nations.