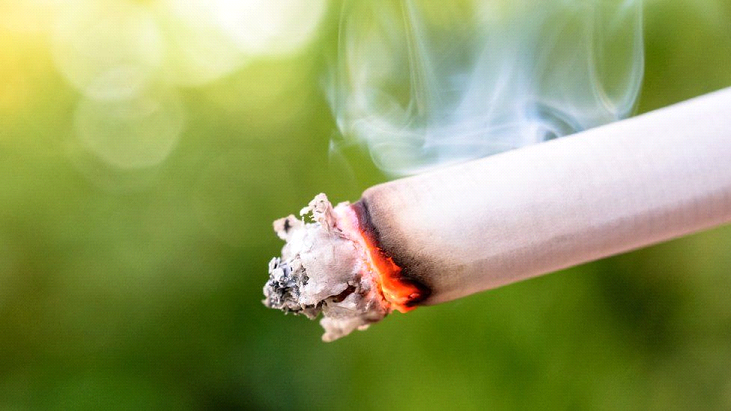 Smokers have been warned against the excessive consumption of cigarettes in order not to damage their lungs and weaken immune systems.

Medical experts who spoke with The Hope said alcohol consumers and smokers are prone to tuberculosis disease.

A medical doctor at Omuo-Ekiti General Hospital, Dr Ojo Abraham, said tuberculosis is an infection of the lungs which is caused by bacteria.

He noted that the bacteria called mycobacteria tuberculosis majorly affects the lungs.

The doctor revealed that tuberculosis is spread by cough, sneezing, inhaling a droplet from a patient who has the disease.

“When people inhale the droplet or the air of someone infected, one can easily contract the disease because it is airborne and can easily spread.”

Also speaking, Dr Abosede Adesuyi said people who smokes are at risk of contracting tuberculosis due to low immunity.

“Their immune systems are low and this can affect them, not only tuberculosis, but every other infections because of the stress of immunity.

“Tuberculosis treatments are limited to health treatment. Patients who are diagnosed with tuberculosis after their symptoms should be taken to tuberculosis center for treatment, get them tested and whatever organism that is cultured out, would be treated with antibiotics.”

Adesuyi further said tuberculosis is not a sickness that people can treat at home and also drugs cannot be prescribed without a direct exact therapy.

He said people can be prevented from the infection if they avoid a crowded places, feed on balanced diet, good nutrition.

On her part, Dr Taiwo Adesuyi advised people to ensure they take tuberculosis vaccine called BCG, use a face mask if going to any tuberculosis centre.

“When people experience cough with bloodstains or mucus, they should run medical test and see their doctor and also make use of facemasks.

Meanwhile, Ondo State Government has tasked individuals in the state to fund fight against tuberculosis in order to save lives.

Dr Oluwafemi Aina, the Ondo State Manager for Tuberculosis, Leprosy and Buruli Ulcer Control, stated this on Thursday at the 2022 Tuberculosis Day Symposium in Akure.

The theme for the 2022 World Tuberculosis Day is “Invest to End TB, Save Lives.”

According to Aina, progress in reducing the burden of tuberculosis disease requires adequate funding sustained over the years.

He explained that it had been reliably and scientifically proven that infected TB patients not subjected to proper case management and treatment could infect an average of 10 to 15 persons annually.

Aina said that Ondo State, a federating unit in the country, was also not isolated from menace and public health burden of tuberculosis.

In her words, the Permanent Secretary of the Ondo State Ministry of Health, Mrs Folukemi Aladenola, said that the occasion was to create more awareness and educate people on the infectious disease.

Aladenola, who was represented by the Director of Nursing Services in the ministry, Mrs Alice Ogundele, said that tuberculosis, a deadly disease, could be treated, adding that its treatment was free in government health facilities in the state.

She asked individuals to invest their resources towards ending tuberculosis in the state as fight against tuberculosis was a collective responsibility.

Declaring the symposium open, Dr Banji Ajaka, the state Commissioner for Health, said tuberculosis was a leading cause of death from single infected disease in the world.

Ajaka, represented by Dr Richard Adesoji, the Director of Public Health of the ministry, gave assurance that the government would do everything possible in stemming the spread of tuberculosis in the state.

He stated that the Tuberculosis Diagnostic capabilities had been enhanced toward the end of 2021 with addition of three new GeneXPERT facilities to the initial eight serving the 18 Local Government Areas of the state.