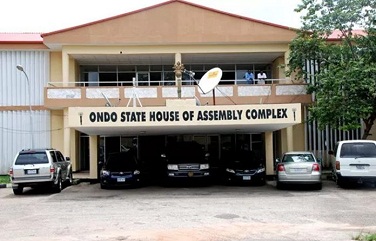 By Josephine Oguntoyinbo
|
Stakeholders in Ondo State yesterday extolled the virtues of the Speaker, State House of Assembly, Mr. Bamidele Oleyelogun as he celebrate his birthday.

The event which was held at the Soul Winning Spiritual Evangelical Church (SOWSEC) , Oda road in Akure , the state capital had in attendant the Deputy governor of the state , Mr Agboola Ajayi who represented the governor of the state, Arakunrin Oluwarotimi Akeredolu, former speaker, former and present lawmakers and other politicians, monarchs, clergies, academicians, public servants, students leaders family and friends of the number three citizen of the state who came to celebrate with him .

The Deputy Governor, Mr Agboola Ajayi congratulated the speaker as he celebrate another year praying that God will continue to guide his step ,grant him long life as he contribute his quota to the development of the state and Nigeria as a whole.

Speaking on behalf of the honorable members of the state house of assembly, the Deputy Speaker, Mr Iroju Ogundeji described the celebrant as a trustworthy leader who is worthy of emulation .

According to him, the Speaker is a gentle man to the core with embodiment of humility.He prayed that God will grant him long life and wisdom to move the state assembly to the next level.

On his own, HRM, Oba Adefarakanmi Francis Agbede Olowa of Igbara -Oke affirmed that the speaker is a worthy son and good ambassador with quality leadership trait.

His wife Prophetess Olufunke Oleyelogun who eulogised her husband for being a loving husband and caring father described him as a man who is full of wisdom and integrity.

In his short sermon, Pastor Timothy Adeleke who quoted from the Bible in Ecclesiastes 9:11 noted that the race is not for the mighty but grace , urged people to be patient,  persevere ,and wait for their time as the future is bright.

While saying that the celebrant has passed through a lot in life he averred that he is a person who is patient and always listen to advice.

The speaker, Mr Bamidele Oleyelogun who thanked God for sparing his appreciated those who graced the occasion.

He assured that the ninth Assembly is committed to enacting life impacting laws that will facilitate infrastructural development and security of lives and properties across the eighteen council area of the state.

Others who testified to his quality leadership noted that the speaker is a man who has listening ear, and has impacted many lives positively.

High point of the event include ,cutting of birthday cake, song rendition, cultural display and special prayer for the celebrant and the overall progress of the state.