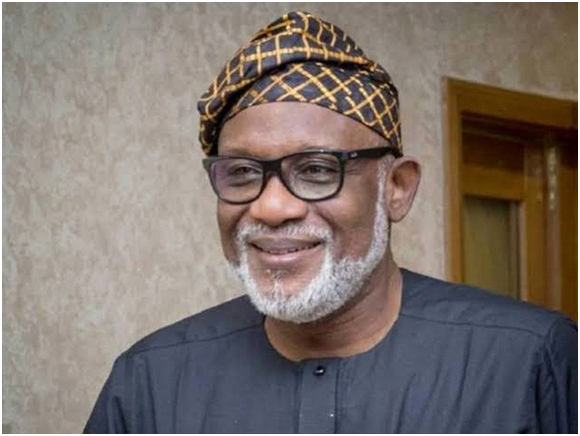 Akeredolu stated this yesterday during the 2022 Ulefunta lecture held at the Obafemi Awolowo Hall in the Federal University of Technology, Akure.

The Governor, who was represented by his Deputy, Mr. Lucky Aiyedatiwa said even though there is no provision for official duties for traditional rulers in the constitution, they are indispensable in ensuring nation building and security.

“We hold them in high esteem and we are partners in progress and nothing meaningful could be achieved without their support.

“Nevertheless, we can be sure that Ondo State Government, as it has always done, will continually partner with traditional rulers.

“We want to use this avenue to plead with all traditional rulers to stay within their territory and shun any tendency of illegal extension and intrusion into other’s territory so that we can continually have relative peace.

The guest speaker, Mike Ejiofor who spoke on the topic ‘Curbing Electoral Violence and Allied Crimes in Contemporary Nigeria: The Role of Traditional Institutions in Perspective’ appreciated Akeredolu for all his efforts in ensuring that Ondo State is secured.

“Anytime I appear on the Television to discuss security, I normally use Ondo’s Amotekun as an example. They are local security outfits and security matter can be better handled by locals because they know the terrains of the community better.

“You cannot expect someone from Maiduguri to know Ondo State better in terms of security. I am highly elated that youths and young people are here because they are often used as tools of violence in the hands of politicians so this will be a good opportunity for us to spread our tentacles.

Ejiofor stressed that nation building is a collective business, hence traditional rulers are expected to coordinate the masses towards ensuring the security of lives and properties both before, during and after the 2023 elections.

Speaking earlier, the Deji of Akure, Oba Aladetoyinbo Ogunlade Aladelusi lauded the Ondo State Governor for its efforts in ensuring security of lives and property in Ondo State.