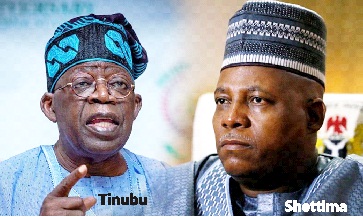 In a bid to discover budding talents, six South West states will dig it out in Tinubu/Shettima U 20, South West Football Tournament, tagged “Emilokan 2023” from December 13, to February 12, next year.

The opening match of the tourney will kick off in Akure and the grand finale scheduled for Lagos.

The Secretary of the Tinubu/ Shettima Sports Campaign Network, Mr Umar Lanre Jimoh, revealed that the competition will be sponsored by former Governorship aspirant in Ondo State, Dr.Olusegun Abraham.

He added that the purpose of the tourney was to create a very big platform for youth across the South West states and Nigeria at large to strive in their career.

He said two teams will represent each state and the six states would be ceded into group A and B, which will have Ondo ,Ekiti and Osun in group A, saying they will be playing their matches at Ondo State Sports, Complex, while Oyo,Ogun and Lagos would  be in group B with Ogun as host for their preliminary stage.

The semifinal and final will be decided at the Teslim Balogun Stadium, Lagos.