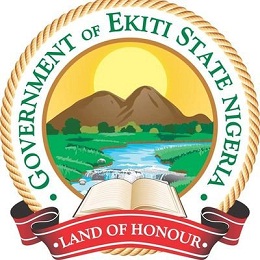 The Ekiti SUBEB helmsman also stressed that any teacher caught sending pupils away from school on account of non payment of fees would be severely sanctioned.

The Chairman handed the warning during a meeting with SUBEB Management and the headteachers of Public Primary Schools in the 16 Local Government Areas of the State.

She said by virtue of Governor Fayemi’s Executive Order 1 of 2018 and the State Universal Basic Education Act, Basic Education was free and compulsory for all children of school age in the state, adding that the governor had mandated SUBEB to ensure that no child was sent away from school on account of non payment of fees.

According to the Chairman, “It is a gross violation of the Universal Basic Education Act for pupils to be charged fees no matter under what guise”

Aladejana explained that the Fayemi-led administration is working assiduously towards providing a conducive teaching and learning environment in schools in the state stressing that many school buildings and other critical infrastructure are currently undergoing renovation while  efforts were in top gear to provide pupils and teachers furnitures, toilet facilities, perimeter fencing and new buildings among others in order to give basic education a boost in the state .

He urged teachers   to redouble their efforts in the task of providing  qualitative basic education to pupils , noting that apart from giving the welfare of teachers topmost priority ,Governor Fayemi recently approved the payment of running grants for the entire three terms of the 2018/ 2019 academic session to all public schools in the state

While reiterating that education remains one of the pillars of the Dr Fayemi led administration, she noted that the support and cooperation of all critical stakeholders in the sector were required by government in its quest to  return he state to its pride of place in the field of education.

She warned staff of the Local Government Education Authorities , Head Teachers and other stakeholders against demanding for gratification from the contractors handling school projects adding that the present administration in the state had zero tolerance for corruption and sharp practices.

Responding, one of the headteachers, Mr Femi Ojo thanked the Board Chairman for the meeting and promised to get their staff informed of government policies and plans for the basic education subsector

According to him “No reasonable individual would want to circumvent and be a clog on the wheels of progress of what the State Government is doing in basic Education.”

Also addressing head teachers in Ilejemeje, Moba, Oye,Ido/Osi Ijero and Efon Local Government Areas ,the Commissioner II of the Board ,Barrister Kayode Adeoye urged teachers to shun, absenteeism, lateness to duties , partisan politics  and other vices that could affect their productivity.

He urged the head teachers to assist government in monitoring the ongoing renovation works and construction of infrastructure in their schools adding that as stakeholders and as end users of the facilities, they should ensure strict compliance of rhe contractors to the project specification before certifying the projects for payment.

The Permanent Secretary of SUBEB, Mr Olusesan Fabamise who addressed teachers and other stakeholders in Gbonyin,Ikole ,Ekiti East, Ikere, Emure and Ise/Orun Local Government Areas, stressed the importance of primary school teachers to laying a good education foundation for their pupils adding that it was in view of this that the present administration in the state was committing a lot of resources into the welfare of teachers and provision of conducive teaching and learning environment in schools in the state.

Beyond the president’s seat