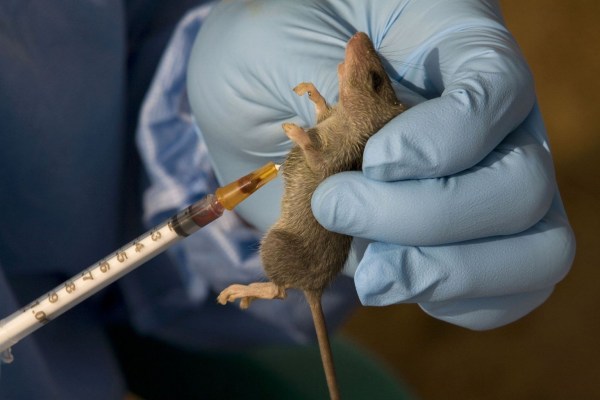 In an attempt to combat the scourge of Lassa fever in the state, Ondo State Government has called on residents to report suspected cases and  those infected to present themselves early for treatment.

State Epidermology and Disease Control, Dr. Stephen Fagbemi made the call during an advocacy visit to the palace of Olowo of Owo, Oba Ajibade  Gbadegesin Ogunoye III on Monday.

According to him, there has been an increase in the cases recorded from January 2022 till date with 10 percent death which he attributed to late presentation for medical attention by patients.

He commended the monarch for being at the forefront in the fight against the pandemic noting that Owo Local Government tops the list of  affected local governments in the state including; Ose, Akure South, Akure North, and Akoko South West.

While stressing the need for aggressive sensitisation to eradicate it, he said the figures for Owo were not encouraging adding that the town has  laboratory for Lassa, to treat it which according to him was free.

He urged the monarch to appeal to his people to present themselves early for treatment.

Also speaking, representative of the Nigeria Centre for Disease Control (NCDC), Mrs Adenike Akano stated that the attendant case fatality from the town has been a concern for the Federal Government(FG) noting that late reporting and late health seeking behaviour led to case fatality hence the need for the team’s redeployment to the state.

In his response, Oba Ogunoye III explained that Lassa Fever was at the peak due to the season and called for stakeholders’ support in tackling it adding that all should embrace good hygiene.

While thanking FG for its support for the state and town in particular through the deployment of NCDC’s response team, and also the state government, he said the partnership will contribute to the eradication of the fever.

However, he charged the Federal Medical Centre (FMC), Owo to be proactive in attending to Lassa patients on time and called on all to continue to embrace the COVID-19 protocol.

In a meeting with Emergency Operational Centre, FMC, Owo, Fagbemi expressed appreciation to health workers for the work done over the years and also thanked the facility for becoming a treatment centre despite the challenges attached to it.

While stressing the need to bring the figures for Lassa down, he called on them to stay safe, share information as soon as possible and also work as a team.

While frowning at the attitude of some facilities to hoard information especially data, he said that it was mandatory for all to make data available in order not to have such facility closed down saying “don’t impede our epidermic response by hoarding data as people are dying.”

He called on private facilities not to keep Lassa patients with them but refered them to FMC, Owo for proper medications and charged all on the need to discourage patients and their relatives on DAMA( Discharged Against Medical Advice) but rather use all professional ethical training to discourage it.

On her part, Mrs Akano appealed to them to report suspected infections diseases including cholera, polio, measles and yellow fever among others and keep the patients down in an isolated place in their facilities.