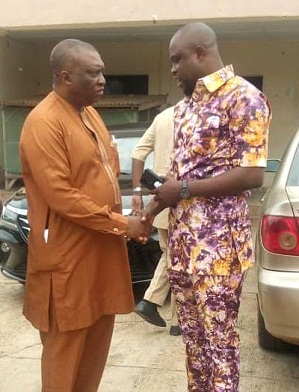 Ondo State Government has decried the spate of ritual killings in Nigeria, urging media organisations to begin advocacy on the issue.

It also said the state government has concluded plans to encourage more youths into Agriculture and discourage the scourge of ritual killings.

This was stated by Senior Special Assistant (SSA) on Agric and Agricbusiness, Pastor Akin Olotu in his office on Thursday in Akure when the executives of the Nigeria Union of Journalists (NUJ),Ondo State Council, paid him a courtesy visit.

On some achievements by the state government, the governor said with the level of investment in the oil palm plantation in Okitipupa, which saw them host the first Annual General Meeting in 20 years, the state would soon become number one producer of palm oil in the country.

He said with the investment in oil palm production and other intervention areas of the governor, Ondo State would soon boost in its internally generated revenue in years to come.

Olotu said the country’s Independence could not have been achieved if not by the efforts put in by the media.

He noted that journalists are strategic partners to developing a nation, said the likes of Nnamdi Azikwe, Obafemi Awolowo,Lateef Jakande, were all prolific in the media space, and used it to the advantage of the country’s independence.

Akeredolu, who commended all journalists in Ondo State for how they do disseminate information said, “it is good to appreciate others, when I heard about election of NUJ that they have had another set of executive and I say that we must appreciate this people.

”You journalists deserve appreciation for the job you’re doing,” he said.

In his remarks, the Chairman of the State NUJ council, Prince Leke Adegbite, appreciated Olotu for his efforts to revamping the Agricbusiness sector of the economy.

Adegbite said he was happy that Olotu appreciated the efforts of journalists in bringing peace and unity to the state and the country at large.

He assured that the union was moving towards curbing fake news and fake journalists in the state.