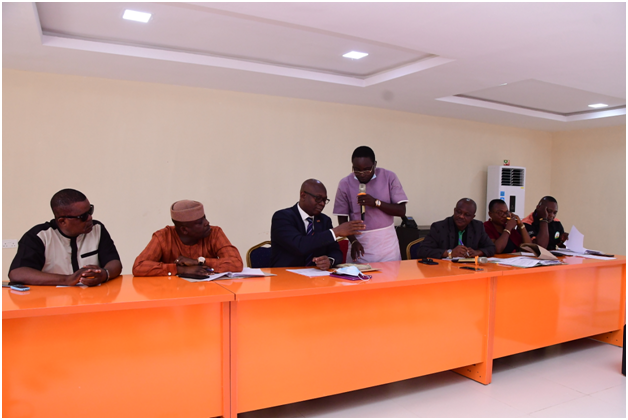 The Ondo State Government has launched its unified advert and emblem ahead of next year.
The launching was held at the Ondo State Internal Revenue Service conference hall during the monthly joint state revenue committee meeting.
The 2022 emblem launched by Ondo State Signage and Advertisement Agency, along side Mobile Advert Association in the state, had top government dignitaries in attendance.
Chairman of Ondo State Internal Revenue Service (ODIRS), Tolu Adegbie speaking at the launching said the annual unveiling was part of the conventional activities of the government. 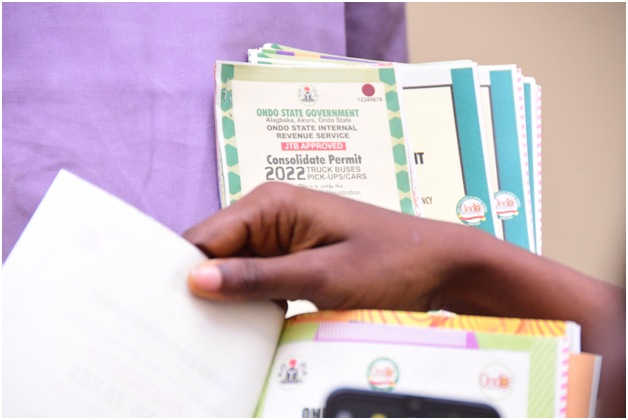 Also speaking, the Chairman of Signage Agency, Mr. Akinwade Akinridoye, who was represented by Mrs Bunmi Adedayo Osho, noted that the emblem was produced for the use of mankind, while he advocated good use of the emblem.
Present at the unveiling were the permanent secretary, Ministry of Local Government and Chieftaincy Affairs, Mr Segun Odunsanya, all Local Government Chairmen and Members of Mobile Advert Association.