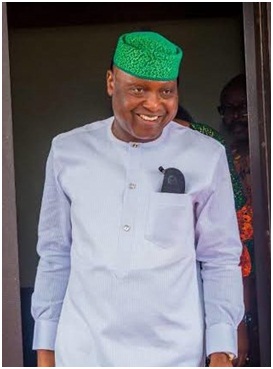 Ekiti State Governor, Mr Biodun Oyebanji has said his administration would exceed the 35 per cent representation for women in elective and appointive positions, in line with the equal opportunity policy of the state government.

Oyebanji gave the assurance during a working visit to the Minister of Women Affairs, Mrs Pauline Tallen in Abuja.

Oyebanji, in a statement made available to newsmen in Ado-Ekiti on Sunday, by his Chief Press Secretary, Yinka Oyebode, said Ekiti women have the capacity to excel in any position of responsibility, adding that his administration would support them and tap their unique abilities.

According to the statement, the meeting was part of the Governor’s visit to Federal Ministries, Departments, and Agencies as well as Development Partners in the country.

The Governor said gender balance and women-related issues were part of his government’s working plans adding that his administration had started well with the choice of a woman as the State Deputy Governor and another as Secretary to the State Government.

According to Oyebanji, women have the ability to see things far ahead and decern things much better than men.

He commended the achievements recorded in the area of women’s development by former Governor Kayode Fayemi and his wife, Erelu Bisi Fayemi, promising to build on the records especially gender mainstreaming and affirmation.

Responding, the Minister of Women Affairs, Mrs Pauline Tallen lauded Ekiti State Government’s contributions in women-related issues particularly its Gender-Based Violence law, which she has been quite effective in curbing domestic and sexual abuses.

The Minister disclosed that about N3 billion naira has been earmarked by Nigeria for Women Project, adding that the largesse would spread to all states of the Federation.

Mrs Tallen assured the Governor of the necessary support for the state. “I know you will continue the good work of your predecessor and do more. You already have a woman as deputy governor and a woman as SSG, That is a good way to start. Kwara State has the record as the state with the highest number of women in government. Try and surpass Kwara State in this regard. “