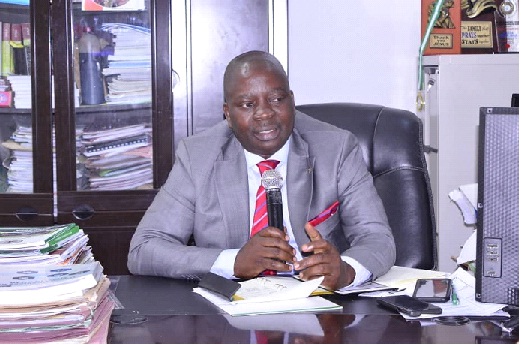 Ondo State Commissioner for Economic Planning and Budget, Pastor Emmanuel Igbasan has said that there is need to deepen the  various programmes of the government that would affect the vast majority of the people.

According to him, “Ondo state recently ranked the least in multi-dimensional poverty index in the country in a survey conducted by the National Bureau of Statistics in conjunction with UNICEF.

“This feat is occasioned by people oriented programmes embarked upon by the Arakunrin Oluwarotimi Akeredolu-led government which paid due attention to economic drivers during the year.

“Next step would be to ensure that more people are enlisted in the production loop and taken out of poverty.

“Hence, the budget is titled a “Budget of shared Prosperity.”

Igbasan explained that the economic fortunes of the state are heavily dependent on the national indices on the relevant variables.

He said the state is still a net importer of goods and services but is a net exporter of primary agricultural produce to other states.

“However, the movement of agricultural produce is not well-documented and computed to register maximal contribution to the state economy.

He, however, noted that the operations of the state security network (Amotekun) has brought considerable stability to the state economy and secure a positive environment for business to thrive.

The commissioner said the global economy is just smarting from COVID-19 with its consequences of hyperinflation, high interest rate, low productivity and other associated socio-economic upheavals.

He said the on-going Russian/Ukraine conflict, which resulted in a tragic humanitarian, food and energy crises in the world has further diminished the economic fortunes of developed nations and emerging markets significantly.