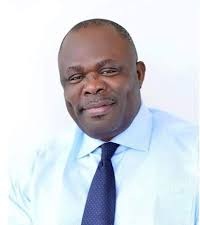 The Director -General of the the Presidential Campaign Council of the Peoples Democratic Party (PDP) in Ondo State, Dr. Eddy Olafeso has said that the campaign council is well prepared for the task ahead to deliver the state for the party.

Olafeso said this, while receiving the “Vote Not Fight Campaign team” at the party’s secretariat in Akure, the Ondo State capital.

He noted that PDP is on peace loving party and ready for the election which is a fight with votes to change the narrative of the country from the present state of banditry, kidnappings among other vices.

While appreciating the team for preaching peace at a time when the people are losing hope, Olafeso said the PDP does not favour violence just as he noted that the party is committed to shun violence before, during and after the 2023 general elections.

“We will encourage our people to vote and not fight because we are also parents”, he added.

He applauded the team for deeming it fit to visit the leadership of the party in the state.

Also speaking, the Vice Chairman of the campaign council and former governorship candidate of the party, Mr. Eyitayo Jegede SAN, restated the commitment of the party to a peaceful electioneering process and urged the team to take the campaign to all nooks and crannies of the state.

While identifying vote -buying as a form of electoral violence, Jegede enjoined people in the state not to sell their votes but to come out to perform their civic responsibility to elect right candidates.

In his remarks, the State Chairman of the party, Alhaji Fatai Adams said that the PDP as a peace loving party will continue to play the game according to the rules.

Earlier in his address, Vote Not Fight Campaign Coordinator in Ondo State, Mr. Jonathan Obatola said the goal of the visit was to secure the commitment of the party towards peaceful electioneering process ahead of the next year elections.

According to Obatola, “we cannot pretend not to know the implications of electoral violence or how it affected individuals, family and especially the state capital, Akure in 1983. As we are implementing grassroot civic and voter education outreaches to curb electoral violence in the state, we have come to seek your support to call on your teeming supporters to remain peaceful before, during and after the 2023 general elections.”