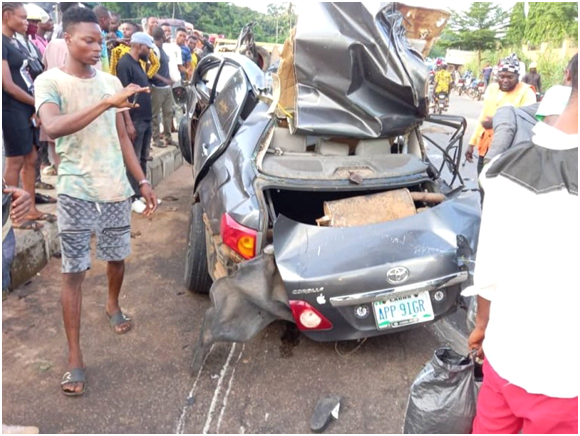 Two people were seriously injured in a road accident along Ademulegun road in Ondo west local government area of the state.

The accident involved a Metalic C180 Mercedes Benz with number plate Ondo AKR 274 BC and a motorcycle at Baptist junction.

The Hope Metro gathered that the driver of the Benz, one Adeolu Adeoye was on top speed when he hit a motorcycle conveying passengers as the rider was making a U-turn .

The Okada rider jumped over and hit his head on the vehicle and sustained injury.

It was also learnt that some good Samaritans, who rushed to the scene rescued the injured victim and his passengers on the road.

Adeoye, the owner of the car pleaded with the people at the scene to help him take the victims to the hospital, claiming it was the break of his car that failed.

The injured driver and the passenger were immediately rushed to the State Specialist Hospital, in Ondo,  for treatment by men of the Federal Road Safety Commission and other rescue workers that were at the scene.