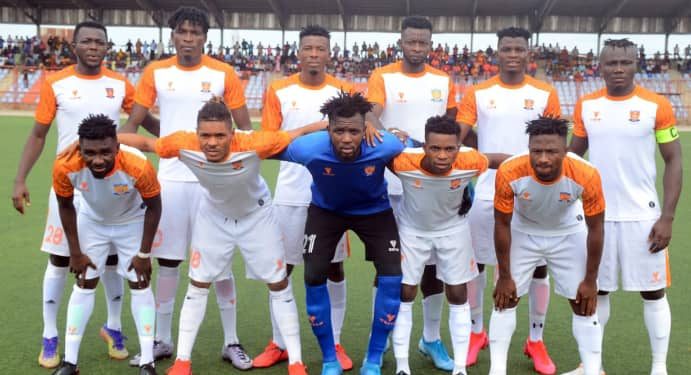 …Says it won’t be business as usual

A member of Nigeria Football Federation (NFF), Otunba Dele Ajayi has said the 2022/23 of the Nigeria Professional Football League (NPFL) season will be a departure from the past.

Ajayi added that the current NFF board will put in place best officiating and well trained match commissioners to ensure the league produce the best team that will represent the country continentally.

The Ondo State FA boss said the board will wield the big stick against any team that will bring the league to disrepute through hooliganism and other unruly behaviors at the stadium.

He disclosed that it’s a three points deduction and three goals against any erring teams this season.

Otunba Dele Ajayi stated this during a seminar organised for the players of Sunshine Stars and their officials at the Ondo State Sports complex, Akure.

He commended Sunshine Stars Management for taking time to educate their players and the officials on the rules of the game.

He added that the sensitisation message would also be extended to the fans, saying their role is to support the team and not the other way round.

He charged footballers and supporters of Sunshine stars to comport themselves on and off the pitch noting that the current board of the Nigeria football federation NFF is ready to make the league more attractive and standard.

He said: “No fans should harass any match officials, because referee decision is final on the pitch, we will do our own bit, let the players , coaches and fans do theirs for the progress of the team”.

“The coaches must sensitise the players time to time on the rules of the round leather game, so that they will be well grounded with the rules,” he said .

While speaking, the resource person, who is also a retired FIFA Referee, Henry Ogunyanmodi said it was pertinent to brief the footballers and coaches of the latest technical rules of the game which he emphasized would stand them out in the league.

Responding, first assistant coach of Sunshine stars and a former national player, Akin Olowookere who was elated with the seminar, said the technical team would continue to guide the players and make use of all techniques and instructions for a better outing.

Olowookere also assured fans that with the current recruitment and hard work, the team will do well this season.