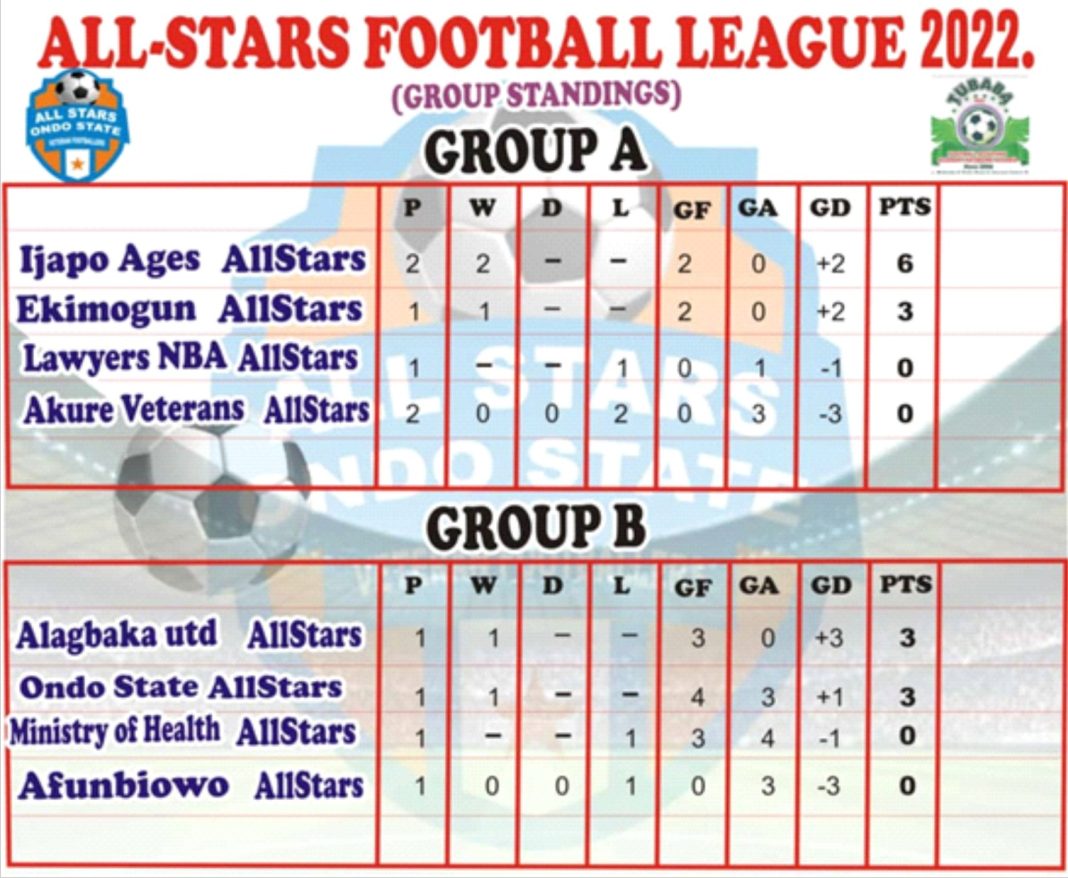 Ijapo Ages Veterans team at the weekend defeated Akure Veterans 1-0 to emerge as the first team to qualify for the semifinal of the ongoing 2022 Ondo State Football competition.

Jonah Thomson Omosehin put Ages FC Veterans ahead in the 15th minute of the week three of the competition played at the State Sports Complex, Akure .

Omosehin  wasted no time to tap into the top corner of the net from beautiful team work .

Both sides displayed beautiful football artistry to the admiration of the spectators at the sporing arena.

The result has put Ijapo Ages Veterans on top of the group A log with six points from two matches,Ekimogun Veterans second with three points from one match, while Alagbaka United All – stars top group B with goal difference and Ondo State All -Stars settled for second position.

Eight teams are digging it out at the All- stars competition organised for ex-players in the state.

The President of Ondo State All-Stars, Kayode Emmanuel commended the participating teams for their maturity and understanding since the commencement of the tourney.

The ex-Nigeria international however, urged participating teams to adhere strictly to rules of the competition, adding that the purpose of the tourney was to reunite with some of the old play mates.

He said: “The competition is not a-do-or-die affair, we are here to catch fun ,meet our old friends and show the upcoming footballers we only retired but not tired.”