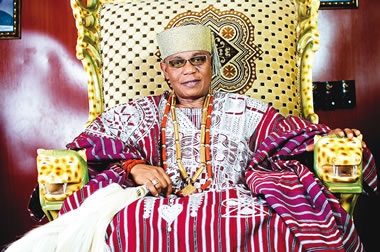 This may not be unconnected with the directive of the Ondo State Government that festival celebrations should be limited to traditional markets.

Markets to be closed according to the statement from the Deji’s palace include; Oja Oba, Erekesan main market, Odopetu, Umesi and Ijemikin.

The State Executive Council had last month banned the closure of markets in any part of the state in the name of traditional festivals without the approval of the Governor.

Briefing journalists after the Exco meeting, the State Commissioner for Information and Orientation, Bamidele Ademola-Olateju said “the State EXCO also noted the permit granted for the observance of traditional festivals in the state. The government hereby reiterated that there shall be no closure of markets without the approval of the Governor.

“Where approval is granted, such approval shall be limited to the Oba’s market alone, not shops in residential areas.

The statement signed by the Chief Press Secretary to Deji reads “The Palace wishes to notify residents of Akure and its environ that in line with tradition and culture of the land, some selected markets in Akure will be closed on Wednesday September 7, 2022.