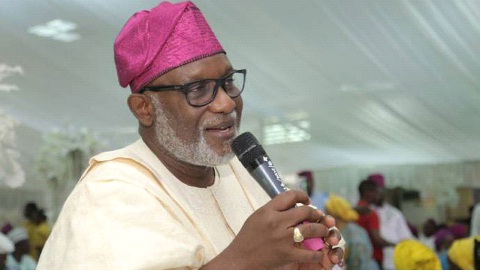 Ondo State Governor, Oluwarotimi Akeredolu has appealed to people in the state to celebrate Christmas with moderation and show love to others, especially the poor around them.

Governor Akeredolu made the appeal yesterday at the 2022 State Service of Carols and Nine Lessons held at the International Culture and Events Centre, the DOME in Akure, the Ondo State capital.

The Governor who was represented by his deputy, Lucky Aiyedatiwa said the season calls for joyful celebration, but that people should make moderation their watchword.

Akeredolu said his administration will continue to consolidate on its achievements through transformational projects such as roads, security, transportation, health among others.

He said as a responsible government, his administration will continue to do more to always protect residents of the state from harm and attack.

In his sermon, the state CAN Chairman, Anselm Ologunwa charged christians to exhibit love and be prepared for the second coming of Jesus Christ.

Ologunwa said “Christ died to take away our sins. This is why christians must be prepared for the coming of our lord Jesus Christ which no one knows the time and season he will come”.

There were song renditions from various choirs in Ondo state to celebrate the birth of Jesus Christ.

Highpoint of the event was cutting of birthday cake and reading of Bible verses to reflect the mood of the season.