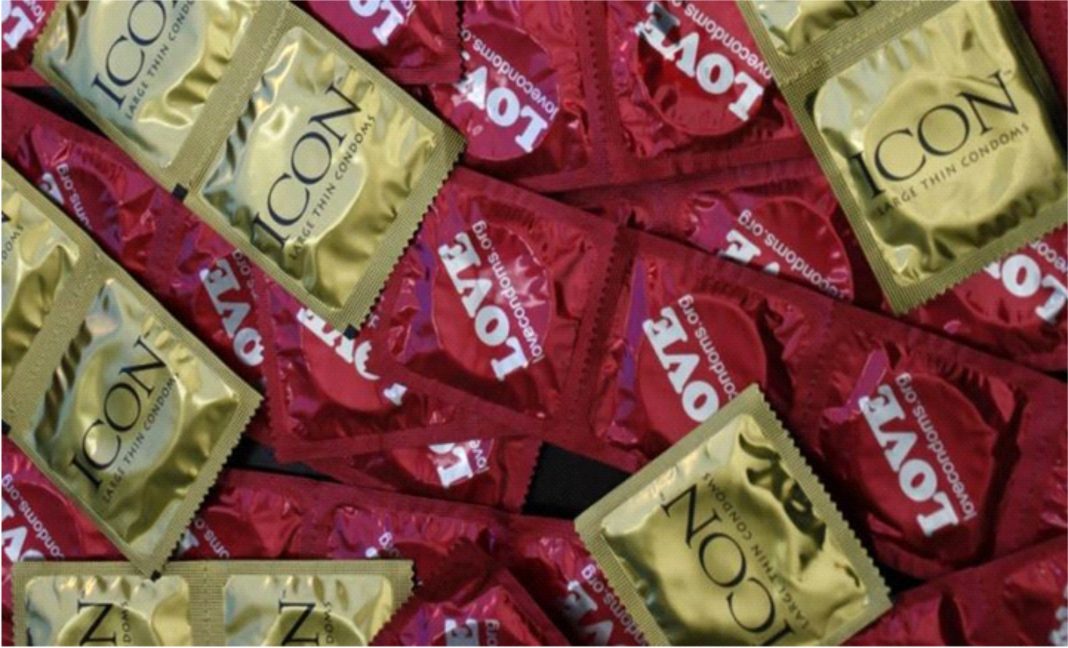 Nigerians still seem to love their pleasures. This fact emerged from the information that condoms is one of the items enjoying high patronage despite the harsh economic climate in the country and significant drop in the purchasing power of the citizens,

At Sabo in Old-Garage while at a kiosk waiting for someone, this reporter observed that out of the eight sales made for about some minutes that she was there, six of them were male condoms.

In an interaction with one Musa, the owner of the kiosk said condoms sales is a very lucrative business which has been helpful in his trade.

He said: “Male condoms are in high demand. Maybe I could have closed down the business if not for condoms and how customers demand for them. If not for the little profit I make from the sale of condoms, cigarettes and candies, I’d have just stuck to my gateman job which can barely cater for me and my family,” said the 37-old Musa.

“There is no day that I don’t sell at least three packs of condoms owing to the high demand by customers in this area. Demand for it peaks more in the evening especially during weekends. Even if I don’t sell any other item in a day, I am sure of selling at least two packs of condoms. That is how much it commands patronage here,” he added.

Proof that the popularity of condoms among consumers has not waned or affected by the economy in the country came to light during visits by The Hope to other parts of Akure. Two petty traders of Northern Nigerian origin operating kiosks similar to that of Musa in the Alagbaka area of the city, explained how male condoms have remained one of their highest selling items recently.

Revealing that at least he sells one pack of a popular brand of condom every day, Yusuf Bala, disclosed that even women do come for the product, claiming to be buying for their husbands, sons and boyfriends when he tries to find out why they need such.

His words: “Even though it still remain a surprise, condoms sell more than any other items on my table considering how often I have to restock it in my kiosk. Sometimes, I have to direct customers to my fellow Northern brothers also operating kiosks in my area when I run out of the item. The demand gets more intense towards evening when people are returning home from work or business.”

It was a similar experience for 28-year-old Kambai Sanni, whose kiosk is close to Yusuf in Alagbaka area of Akure. Sanni who attributed the high demand of condoms in the area to springing up of hotels, disclosed that he sells up to four packets in a day.

His words: “I sell more of condoms than any other items. Though, some customers demand for cigarettes and candies but not as much as they ask for condoms. The man who supplies me comes here almost every day for delivery because customers are always demanding for them. If you move around this area and talk to others running kiosks like mine, you are likely to hear a similar thing from them. The peak of our business is during festive period. I can tell you that nothing sells as condoms during festive period. Old and young, male and female come for it,” he said.

Also maintaining that condom was one of the few items not affected by the economic hardship in the country in terms of demand. 43-year-old Abdulahi Iliyasu, who owns a kiosk beside Oba-Ile market disclosed that groups and individuals educating others on safe sex also buy from him on regular basis. It is for that reason he said the products were displayed at a place where they could be easily seen.

Showing that he is knowledgeable about it Abdulahi said: “ Everyone need a condom. It is affordable and protective. Before it was N20 but we now sell between N30 and N50 which is still okay. The product, regardless of brand, is very popular among Nigerians. Like in most places, condoms, cigarettes and candies top the list of items mostly in demand in this part of the country.

A customer who came to buy some items from Abdulahi, Arayemi Folorunso, in his contribution to the high demand of condoms explained that the product became necessary following an increase in awareness of HIV/AIDS and other deadly sexually transmitted diseases by the government and private organisations.

His words: “The popularity of condoms has grown among Nigerians over the years with the government, through the Ministry of Health, subsidising the price of the product to allow more citizens access to it. For example, in February this year, a non-governmental organisation during their sensitization against HIV/AIDS distributed 1.5 million condoms across parts of Nigeria. This is to further attest to its usefulness, after all.

It is not a sin to use condoms. I buy it in bulk, most of my friends also buy packets of condoms for usage. It is not a luxury but necessity. It is one of the best gifts a man can get because it protect one’s health. At times, I share it for people. Clergy men also use condoms to prevent unwanted pregnancies. It protects one against contracting any form of sexually transmitted diseases. Medical practioners advised people to use condoms due to its benefits. Using it to me is another way to cushion the economic hardship, otherwise, couples will just be having children they cannot cater for. I support the use of condoms because it is for safety,” he said.