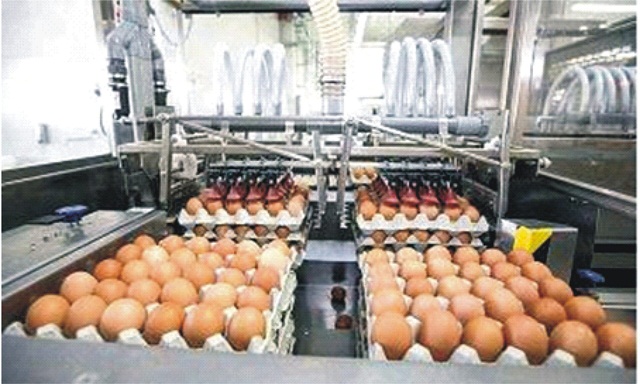 The Governor of Ondo State, Oluwarotimi Akeredolu has assured that the ongoing construction of Egg Powder Factory at Emure-Ile in Owo local government area of the state would soon be completed.

Akeredolu explained that when the factory begins operation, Emure-Ile and the state in general would change economically, socially, and would be a pride to the people.

The Governor spoke yesterday during the 2022 edition of Ajagbo (New yam) festival of the community held at the Elemure’s Palace.

Akeredolu who was represented by his Chief of Staff, Chief Olugbenga Ale, congratulated Oba Simeon Adedubaje Adeyefa, as well as sons and daughters of the Kingdom for witnessing this year’s   festival.

He also congratulated the monarch for the upgrading of the kingdom’s chieftaincy title to Grade A, just as he said all the ongoing road projects in the community would be completed despite the paucity of funds.

Akeredolu also emphasized that his administration has continued to support  security agencies in the state to provide maximum protection for the lives and property of residents.

He urged the residents to  cooperate  with the state government and security agencies by reporting any  threats in their environment by making use of the toll free line; 0800-555-5555 to nip criminality in the bud.

“Security of life and property is very crucial to us and since Amotekun Corps came on board it has really helped in protecting the people. Recently, the government recruited more personnel and distributed  50 fitted vehicles with security apparatus to all the security agencies in the state.

“But security cannot be handled alone by the security agencies, the people should try and say something whenever they see something. They can call  through the toll free line; 0800-555-5555. It is free of charge,” he added

He also noted that workers’ welfare is crucial to his administration, even as he promised to offset all outstanding salaries.

The Elemure  Oba Simeon Adedubaje Adeyefa, appreciated God for the success of the festival while appreciating Governor Akeredolu for the ongoing Egg factory in Emure and various Infrastructural strides across the state.

Also, the Aloyin of Emure – Ile Kingdom, Chief Eniola Ajipe, on behalf of the Emure – Ile Development Council, thanked Governor Akeredolu for elevating the chieftaincy title of Emure Kingdom to First Class and for taking steps to implement the Justice Ajama Commission of Enquiry after eight years.