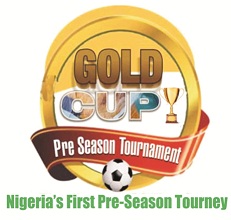 By Femi Atolagbe
|
Organisers of the Gold Cup Pre-season Tourney have disassociated themselves from Ekiti United Football Club.

Rumours in Ado Ekiti informed of the club being part of the teams that will participate in the tourney, which is not true.

General Coordinator of Gold Cup, Tunde Shamsudeen while clearing the air regarding the development said: “I want to state clearly that there’s no iota of truth in the rumour making the rounds that Ekiti United is among the 10 teams that are taking part in this tourney.

“The teams we sent invitations to have responded to signify their interest and Phoenix ASC of Ekiti was one of them.

“So for Ekiti United to now go about in Ado Ekiti informing their fans of their participation is highly unprofessional and unethical of them.

“As far as I know, the fixtures have been made and communicated to the participating teams, so I wonder all these rumours on Ekiti United.

“Are they trying to bully their way into the tourney or what?”

The first organised pre-season mini league will kick off on Thursday, November 15, and end on Saturday, November 24.