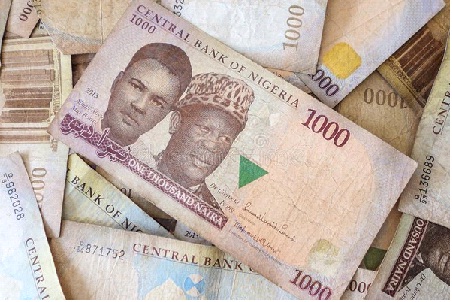 The family of a bride-to-be in Gbako Local Government Area of Niger State has rejected the old N1,000 and N500 notes presented as the bride price by her suitor’s family.

According to a report on Tuesday, the bride’s family reportedly demanded new naira notes as a result of the January 31 deadline issued by the Central Bank of Nigeria.

It was learnt that they were not ready to buy some of the things required for the ceremony, while they did not have a bank account to deposit the money.

A family member of the suitor said, “We took money to the family of the girl we want to marry. They called me on Sunday to come and take the old currency notes back pending when we have the new naira notes.

“They said they don’t have anywhere to change the old notes. So, I want to take it to the bank pending when we get the new notes.”

Report said many business owners  in Sokoto State and other parts of the country had refused to collect old naira notes from customers.

It was also gathered that motorcycle operators,  also known as ‘okada’ rejected the same notes from their passengers.

A resident of the state, Atiku Abdulrafiu, who spoke to our correspondent said, “I was in the bank today to withdraw, we withdrew N580,000 and do you know what? All the money given to us were old notes.

We requested new notes but to our surprise, they said no new note is available.

“Now, how can you imagine that the same money is being rejected by traders and business people in the same state.”

He explained that as of today, most banks in the state still paid customers with the same old naira notes.\

Abdulrafiu, therefore, called on the CBN as well as the Federal Government to find a way to extend the deadline for the old naira notes in circulation.