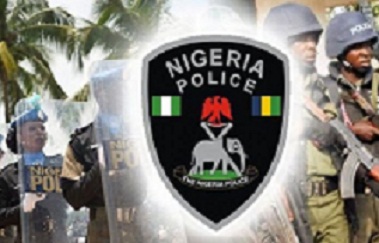 From Akinnodi Francis, Ore
|
A 55-year-old man, Wasiu Taliatu and his son, Wale Agoro, 21,were on Wednesday dragged before an Odigbo Magistrates’ Court for allegedly obtaining N1,060,000 from a woman, under false pretence.

The Police prosecutor, Sergeant Muyideen Yekini, told the court that the two accused persons conspired and fraudulently obtained the sum  from one Mrs. Sade Alimi, with a promise to supply her 154 kegs of 30 litres of Palm oil, without fulfilling the promise.

The prosecutor further alleged that Taliatu and Agoro also converted the sum of N1 million into their personal use, including some items; two motor battery valued at N26,000, three wheel spanners valued at N7,000 and jack N5,000, 154 empty kegs valued at N22, 000, total valued at N1,060,000, property of the complainant.

He also said that Taliatu Wasiu, who is the father of the second accused person prevented and perverted the course of justice, by hiding his son, Wale Agoro, who was directly  involved in the fraud case, and later arrested in their family house in Osun state through mobile phone tracking.

He said that the accused persons committed the offences on March 24, 2019 at about 7:30 a.m. at Ajegunle street, Ore in the Odigbo Local Government area of Ondo State.

The accused persons, however, pleaded not guilty to the four-count charge of conspiracy and stealing.

Lawyers for the accused persons, Miss Olamide Ajayi, prayed the court to admit the first accused who is the father to bail in liberal terms because he was not involved in the crime.

The Magistrate, Mr T.J Ajayi, granted the first accused person bail in the sum of N200,000, with two sureties in like sum.