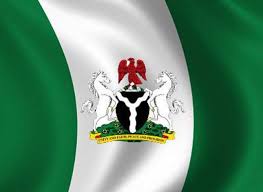 By Lola Omowaye & Bukola Olamona
|
The federal government has been called upon to support state governments in financing secondary education to ensure that public school students get quality education and are able to compete favourably with their counterparts across the globe.

The Principal, Fiwasaye Girls’ Grammar School, Akure, Mrs Taye Bola gave the charge in an exclusive interview with The Hope in her office on Monday while commenting on the essence of funds in school’s administration.

She said the economic situations of states have not helped the education sector because the sector is capital intensive, hence there is the need for the federal government to lend a helping hand to states, in order to get the desired result .

She commended the Ondo State Government for prompt payment of salaries which she described as a great relief that has helped in teachers’ welfare, thereby improving their level of productivity.

The Principal who recently won the third position in the Presidential Principal award, titled ‘Best Administrator for the year 2018’ said the award has enabled her to know that there is no task anyone gives his or her best to, that will not be noticed and rewarded, adding that hard work pays.

She enthused that the award was not just given to her for being a manager but for her ability to manage the school’s activities despite lack of funds during trying times.

Her words: “Addressing the issues of teachers and students welfarism are part of me long before I became a principal and even after the award, I have continued to do what I know how to do best”.

While enumerating the success of the school, Mrs Bola said in 2017,about eighty percent of the students were admitted into different universities across the country to study different courses.

She added that the school has also won many laurels in sports, academics, drama and science innovations, adding that one of the students is representing Nigeria in the Olympics.

The principal said the school has a very vibrant Guidance and Counseling unit, where the girls are free to go for counseling on any area of their lives.

According to her: “The unit also organised an enlightenment programme where people from all walks of life are brought in to talk to them on how to be proud of themselves, give them security tips on how to protect themselves against evils in the society. We sent them for seminars, workshops and they are also in different types of clubs that can raise their self confidence.

On funding, she said it has not been easy but commended the Old Students Association and the Parents Teachers Association (PTA) for their support always which she said have contributed to the success that the school has recorded so far.

The administrator said” the old students have really done well in the area of giving scholarships to indigent students that are brilliant. The renovation of dilapidated buildings and the construction of new structures for the girls are really commendable”.

Speaking on the opinion of some people that private schools are better than public schools, she said they are to complement each other.

“We need the private schools to complement the public schools, they have their own usefulness. These schools are personal business and that way, the proprietors will monitor the activities of the schools properly to ensure productivity and maximise profits “.

She also said the public schools are well staffed with professionals that are well experienced and in compliance with National Certificate of Education (NCE) directives.

“You cannot compare the qualifications of public school teachers with the private because they are qualified and are well trained,” she stated.

She also used the occasion to admonish her counterparts in other schools to partner with their old students, saying they will always be prepared to take care of their alma mater.