Gov praises Ondo CJ, Akintoroye, as he bows out 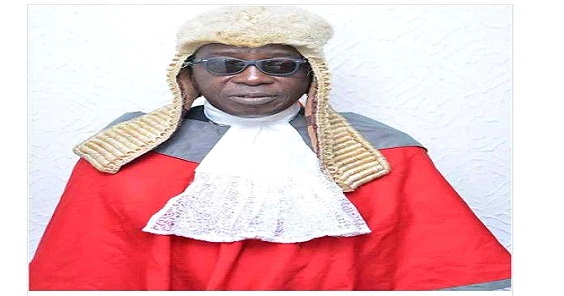 The Ondo State Governor, Aarakunrin Oluwarotimi Akeredolu  has hailed the outgone Ondo State Chief Judge, Justice Akinlolu Akintoroye for his various contributions to the development of judiciary in Ondo State.

Akeredolu who also congratulated the retired Judge for his 65th birthday  celebration stressed that the legal luminary  has given his life and time to  serve the people.

He spoke at the special valedictory Session  to mark the Chief Judge’s retirement from the bench, held on Friday at the State  High Court in Akure.

The Governor represented by the Attonery-General and Commissioner for Justice, Charles Titiloye celebrated Akintoroye’s devotion for the past few decades in service.

The Governor acknowledged  the Jurists role as a stabilizing factor for in government and prayed God to grant the retiring Judge more strength and grace in future endeavours.

The Governor noted that the bench is reserved for the best materials in the Legal profession and, the retiring Chief Judge has shown to be one of the best who have maintained Judicial discipline, decorum and integrity till the last day on the bench.

He hereby urged his successor not to depart from his noble footsteps.

Earlier,the retired Chief Judge  in his valendictory speech said the Judiciary as the third arm of Government  needs a collective resilience to extricate itself from the grip of the other arms of Government  and their functionaries.

Akintoroye said the Judiciary is not an appendage of a Ministry, and it must not be treated as such.

The retiring Chief  Judge appreciated Governor Akeredolu for allowing appointment into the office of the Chief Judge  in the state to be transparent  and free from manipulation  and interference.

In a goodwill message, the Chairman, Nigeria Bar Association, Akure branch , Olabanjo Ayenakin expressed his gratitude to God for the life of the retiring  Chief Judge for being able to survive victoriously  the slippery  terrain of judicial service.