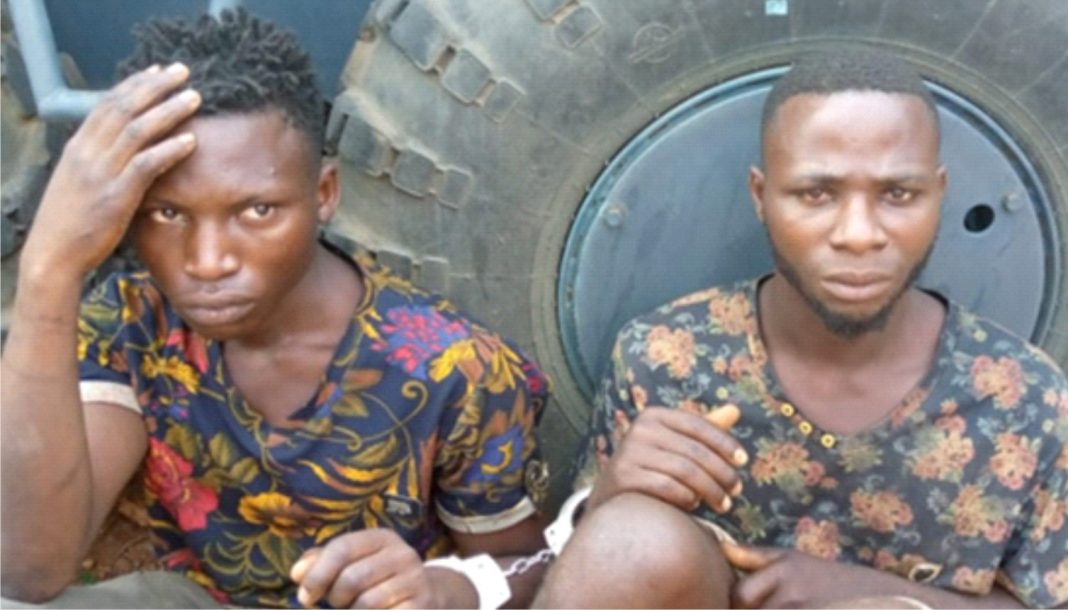 The JTF,  comprising combined forces of the military, police, Amotekun corps and local hunters, under operation Eradicate Bandit at the Borders of Rural Ajoni Communities (EBBORAC), also recovered part of the N3 million collected from the victims.

A school principal, two teachers and a nurse, were last week abducted at Irele- Ekiti, in Ajoni Local Council Development Area of Ekiti State, and taken to an unknown destination by the gunwielding abductors.

Three of the  abductees were later freed upon payment of a sum of N3 million ransom, while one of them reportedly escaped from the abductors.

The Chairman of Ajoni LCDA, Hon. Michael Ogungbemi, told journalists, in Ado Ekiti, on Thursday, that the suspects were nabbed during a joint operation inside the sprawling forest at Irele-Kogi border area.

Ogungbemi  said the operation became so terrific that the kidnappers hurriedly freed three victims  from captivity, which provided a lead for the JTF to proceed with the  combing operation of all forests in the axis.

“When they knew that the operation was closing in on them, three victims in their possession  were suddenly released this afternoon. This further provided a lead for the operation.

“Part of the ransom collected from the victims were recovered and the released victims are now in the hospital receiving medical treatment.

“The JTF also succeeded in apprehending two suspects, who are now  undergoing interrogation and  investigation by the police”, he said.

Akomolafe added that  those arrested are now in the police custody, while the freed victims  have received adequate  treatments in the hospital.

“I can confirm to you that two suspects arrested are being held by the police. Regarding the freed victims, they were initially taken to the hospital, but they have reunited with their respective families”, he stated.