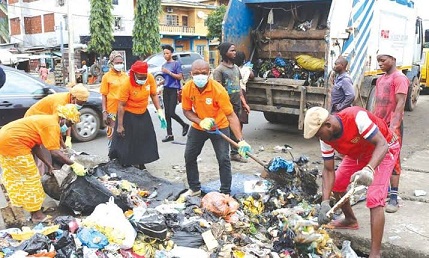 Measures are being put in place to ensure a cleaner Ondo State in the new year. General Manager, Ondo State Waste Management Authority, Mr. Fola Omowole gave the hint while speaking with The Hope yesterday in Akure.

According to him, measures are being put in place to ensure that the state align with global objective in waste management especially in the area of waste reduction.

He explained that it would promote material recovery, waste recycling and also engage in aggressive advocacy and awareness creation in achieving an improved healthy environment.

While stressing the need for proper waste disposal by residents, he stated that it is important that they containerize their waste saying ” they should embrace proper storage of waste by ensuring that every house has suitable and adequate waste storage facility.”

Speaking further, he said that government will determine the appropriate storage system which is required of a facility through waste generation volume assessment,  stating that waste containers should accommodate waste for one week without spilling.

Omowole who reiterated government commitment to PSP waste collection and transportation system called for more participation of PSP in order to achieve the desired goal.

In the area of waste disposal and treatment, he assured of working towards compliance with global practices, stating that government will embrace more community engagement so as to promote positive behaviours in residents.

While assuring of collaboration with relevant Agencies of government especially the Local Government, he charged workers of the Authority to believe in the system and also spread the news of effective waste management.

Calling on them to embrace team work, he charged households and regulatory outfit to embrace proper waste disposal facility so as to achieve an improved state.