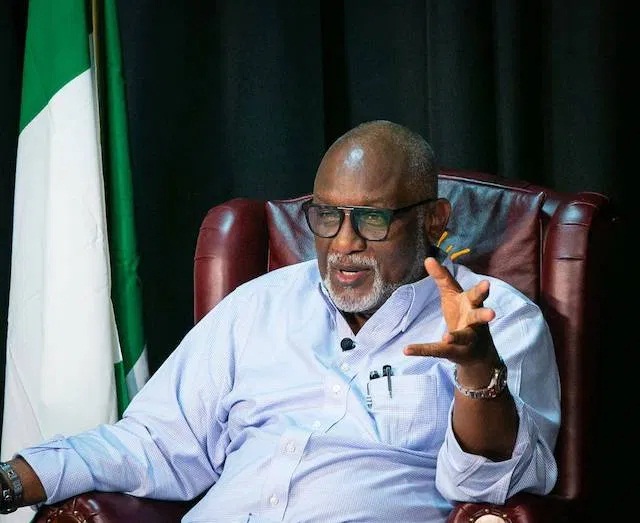 Ondo state Governor, Oluwarotimi Akeredolu, has admonished Christians to always rely on God for spiritual breakthroughs and rebirth.
He said with constant prayers and faith in God, nothing would be impossible for God to do in the life of a man.
The governor stated this at the 3rd anniversary and dedication of St. Stephen Jesu Ngbala C&S Church Cathedral, Amehinti Road, Owo.
He described the cathedral as where followers of Christ can run to for healing on spiritual ordeals, and also to appreciate the name of the Most High God with songs and praises in honour of His name for great things He has done and will still do.
Earlier, the church Superintendent, Rev. Canon S. O Abolaji (JP) appreciated God for the completion of the church and regarded the opportunity as a supernatural upliftment.
He commended the administration and service to humanity of Governor Akeredolu and prayed for unending spirit of leadership for him.
He said the ministry started way back in January 27, 2018 with 12 members but gave glory to the Almighty God as worshippers have now increased to over two hundred.
Also, the Prophetess in-charge and state APC women leader, Morenike Witherspoon, described God’s abiding grace, mercy and favour as their major sustenance to the present level, adding that God has never left his church alone.
“It is our faith that brought us to this level, because it is by the mercy of God that this is accomplished”, she added.