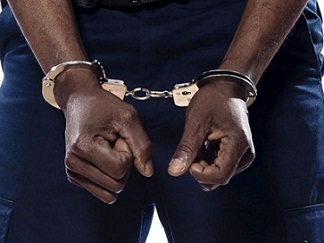 The Hope Metro gathered that the trio, who are in SSS 2, attend same school with the victim.

The incident happened on Thursday within the school premises.

It was learnt that the victim went into a nearby bush in the school to defecate and on her way back, the three boys waylaid and raped her.

A reliable source said during the break period of the school, the boys monitored and ambushed the female student at the lonely place within the school.

The girl was reported to have walked into the classroom with blood stain on her uniform.

According to reports, the three friends have been trailing and disturbing the girl in school.

One of the boys was said to have earlier demanded for sex from the girl, but she turned him down.

So, the boy called on his two friends to join in raping her in an isolated place.

The Hope Metro gathered that the boys who have been arrested by men of the state police command, have been taken to Juvenile children correctional centre.