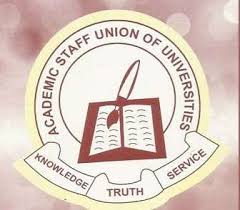 Fasusi Martins, Okitipupa.
|
Academic activities have been paralysed at the Ondo State University of Science and Technology, Okitipupa, OSUSTECH, due to the ongoing national strike by the Academic Staff Union of universities, (ASUU).

While speaking with The Hope,  the ASUU chairman, OSUSTECH chapter, Dr. Dipo Akomolafe described the  level of compliance as total and comprehensive which has completely halted academic activities in the university.

Akomolafe attributed the strike,  to the delay in the implementation of the agreement reached by the federal government and the union in 2017, including the completion of the renegotiation collectively reached in 2009.

In his words: “The union had an agreement with the FG in 2009, the agreement is subject to review and renegotiation every three years but since then and now, the government has been evasive on her own part of the agreement despite the fact that we had two MoU and MoA “.

He added that the demands of the Union were for the government to properly fund universities and not to take university education beyond the reach of the masses.

On the statement credited to the Minister of Education, Mr. Adamu Adamu that the previous administration made bogus pledges to ASUU during economic boom which is unrealistic with the present realities, the chairman said government is a continuous process and asked if the memorandum of action the Union had with the present government in 2017 has been fulfilled.

Akomolafe did not rule out the room for dialogue since the interest of ASUU is to safeguard Nigeria education system and to preserve the integrity of the degrees been awarded by the universities.

He however appealed to the government to do the needful.

Effort to speak with students union executives was unsuccessful.

Meanwhile, members of the Adekunle Ajasin University, Akungba Akoko chapter of the Academic Staff union of Nigerian Universities, did not join the strike as called for by its National President, Professor Biodun Ogunyemi.

This  was as a result of the ongoing second semester examination in the school.

The ASUU president hinged the strikes on what he called the federal government’s failure to implement the Memorandum of Action it signed with ASUU.

The chairman of the Adekunle Ajasin University chapter of ASUU, Dr, Sola Fayose who confirmed this said members have been directed to join the strike in line with the directive of the national body.

According to Dr Fayose, the Congress met on Monday to take the report from NEC and the strike has commenced at the school.

Report from Ondo State University of Medical Sciences, UNIMED said, normal academic activities were going on in the institution.

The institute according to source did not join the strike because the institute was yet to have any union  now and as a result could not get directive from any local chapter.

When this reporter visited the institution on Tuesday, students were seen taking their second semester examinations.

A lecturer in the school who crave for anonymity said the examinations are being allow to go on just not to disrupt the academic calendar of the school.

According to him, the plight of the students was also given a much taught as not allowing the exams to go on may have psychological effect on the students who have taken great pains to prepare for it.

In addition, he said the timetable for the examinations was already out before the announcement of the strike action.

He however disclosed that the action will be a total one as soon as examinations are over.