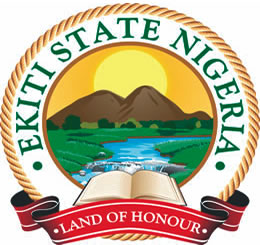 From Victor Akinkuolie Ado-Ekiti
|
Public servants in Ekiti State including the newly appointed ones are expected to sign performance bond with the government.

The Governor of the state, Dr Kayode Fayemi, dropped the hint yesterday while declaring open a three-day retreat organised by the government to equip the political class and technocrats in the state held at the Royal Park Hotel, Iloko-Ijesha, Osun State.

Fayemi advised members of his cabinet to work tirelessly for his administration to deliver good performance to the people, saying his succession plan will be determined largely by the level of dividends of democracy offered the populace.

At the retreat attended by over 100 senior public servants including Commissioners and advisers , the Ekiti state Governor stated that apart from fulfilling promises to the people, the task of delivering on his promises has become more convoluted and tasking,  by the N30,000 minimum wage, which he said his government was ready to pay to workers.

He equally tasked those in-charge of revenue to brace up for the task of generating more funds to be able to meet the new demands of Ekiti people.

According to the Governor “We have to be focused on how to deliver on our promises to the people, that is why you will sign the performance agreement at the end of every quarter, and if you think what we set for you was too high, then you bow out.

The retreat, according to him will centre on  reflection on Fayemi administration from 2010-2014, the period of interregnum and the lessons both offer for the new team, to brainstorm , reflect and devise strategies on how to restore Ekiti values through governance and delivery, to induct the new appointees and PS on the pillar of Fayemi administration.

A scholar and Professor of Public Administration, from the Obafemi Awolowo University, Prof Ladipo Adamolekun, stated  that most of the states of the federation are failing in their duties, because politics has been personalised and this he said can’t enhance economic growth .

Speaking on the topic: ‘Governance and Service Delivery, from Promises to Reality”, Adamolekun said the late Premier of the Western Region, Chief Obafemi Awolowo , was able to deliver owing to the solid plans  his government put in place.

Harping on the need for the civil service to be insulated from politics, Adamolekun added that the recently appointed Head of Service in Ekiti, Mr Deji Ajayi and the 17 permanent secretaries were products of merit, geared towards achieving success.