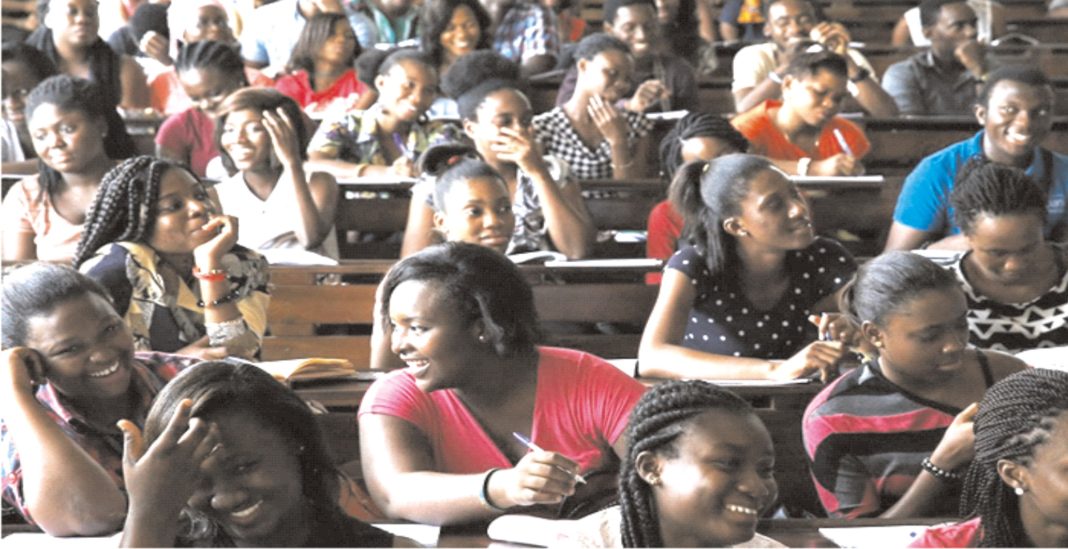 Friday, October 14, 2022 was an eventful and an unforgettable day for stakeholders in the tertiary education sector, as the National Executive Council (NEC) of the Academic Staff Union of Universities (ASUU) decided to suspend its eight-month strike conditionally.

ASUU had embarked on an indefinite strike on February 14, 2022 over a myriad of issues such as funding for revitalisation of public universities, earned academic allowances, proliferation of public universities, visitation panels/release of white papers, university transparency and accountability solution (UTAS) as a broad spectrum software to stop illegality and provide for an alternative payment platform in the university system and renegotiation of the 2009 agreement.

In a statement signed by the ASUU National President, Professor Emmanuel Osodeke, the ASUU NEC, after its meeting on Thursday October 13, stated that after the Minister of Labour and Productivity, Dr Chris Ngige, took the union to court, “The National Industrial Court, in its wisdom, gave an order compelling ASUU to resume work, pending the determination of the substantive suit. Given the nature of the order, and in the opinion of our counsel, there was the need to appeal the interlocutory injunction granted against our union at the Court of Appeal.

“NEC noted the series of meetings with the leadership of the House of Representatives led by the Speaker, Rt.  Femi Gbajabiamila, as well as intervention efforts of other well-meaning Nigerians both within and outside the government and the progress made so far.”

Meanwhile, the Minister of Labour and Productivity, Dr Chris Ngige, speaking on behalf of the Federal Government, also thanked all well meaning Nigerians who intervened in the ASUU-Federal Government imbroglio.

He said, “We were forced to migrate the matter to the National Industrial Court of Nigeria (NICN) created by the 1999 Constitution, as amended, for the settlement of industrial disputes, because every channel of negotiation, including the tripartite plus, in which eminent Nigerians participated failed.  We were left with no other option than to trigger Section 17 of the Trade Disputes Act CAP T8, Laws of the Federation of Nigeria 2004 on dispute resolution mechanism in seeking the intervention of the National Industrial Court .

“Now that ASUU has decided to obey the judgement of the National Industrial Court by calling off the devastating action, we apologize to all students and parents , of which the Honorable Minister is one, for this unduly prolonged strike, which is unwarranted ab initio.”

He also assured that the Federal Government had put necessary measures in place to avert a future recurrence of such disruption of academic activities in the ivory towers.

According to data analysed by an online medium in 2018 and updated in 2020, Nigerian lecturers had gone on strike 15 times between 1999 and 2020. The entire period they embarked on such strike spanned about 50 months.

That represented about one-fifth, or 20 per cent, of the number of years under consideration. In other words, for every five years between 1999 and 2020, Nigerian universities spent one on strike.

According to one of the national dailies, Nigerian university students have been forced out of the classroom for more than four years, due to the frequent strikes embarked upon by the members of the Academic Staff Union of Universities (ASUU) between the return of democracy to the country in 1999 and 2022.

The findings revealed that the recently suspended strike was the 16th since Nigeria’s return to democracy in 1999. That strike and the previous ones had led to the shutting down of academic activities in public universities for a cumulative period of more than four years within 23 years, a duration sufficient to complete a four-year degree programme, with some strikes lasting few weeks and others for several months.

Now that the schools are opened again, what are the expectations of students and parents? Grace Olorunleke, a 100-level student of English and Literary Studies in a federal university stated that her only expectation is for the government to provide a good learning environment for students who are now returning to school. She wants the government to improve on the condition of the infrastructure in the universities, especially the lecture halls.

Michael Adegeye, a 100-level student of guidance and counseling, hopes that this resumption will mark the end to incessant strikes in the university system. He also expects that universities would speed up the academic programme, so as to make up for the wasted time, while also hoping to have a better academic experience as he now returns to school.

Tosin Akinte, a 300-level student of political science in a federal university, noted that the period of strike was a very difficult time for students across the federation and all those whose means of livelihood depended on the smooth running of the university system. He also described it as a time to be productively engaged.

Talking about his expectations, he said, “I don’t want the strike to continue. I have been in the university since 2019 and there is little or no hope of graduating next year. Why should my academic programme be prolonged? No sensible student will want a repeat of this strike.

“I expect that a lot of students will apply what they learnt during the strike. What if there is no education? What else can you do with your life? Skills will serve as a means of survival, especially for those who have no sponsors.”

While expressing fears that some lecturers and students may not be returning to school, Akinte pointed out that some of the lecturers might be frustrated, due to the long time for which they stayed away from work. He, therefore, stressed the need for students to encourage their lecturers, saying that such a move will make lecturers know that their students value them.

Victor Adegoke, an admission seeker, is of the opinion that there will be a rush in lectures, stating that there might be no time for breaks, just to cover up the wasted time. He equally expressed hope that there would be no repeat of such protracted strike again.

Speaking with The Hope, Theresa Odido, an accounting student, opined that as schools resume, there will be some speed in academic activities, with the possibility of lecturers being very strict with students, having had to return to work without their salary arrears being paid.

She said, “So, I will do my best to read on my own. The same thing is applicable to other students.”

“I am expecting to have more money in my account because I will receive more money than when I was at home. I also expect to have a reunion with friends whom I have not seen for a long while,” she added.

According to Venerable Joshua Olugbemi, a parent, students have lost a lot of time to the strike which may be difficult to redeem. He lamented that students who had just paid for accommodation before the commencement of the strike would have to renew such accommodation, even though they did not enjoy it in the previous year.

Mrs. Alice Olorunleke expects that lecturers would teach the students diligently, while the government would provide all the needed infrastructure for teaching and learning to take place effectively.

She also admonished students to work hard in order to succeed in their academic pursuit.

In the words of Reverend Ebenezer Olajuyigbe, another parent, “The expectations are high. Parents are happy that their wards who have been at home for about eight months will be going back to school.

“Some students are happy because the period of strike made them vulnerable to wrong influence, but now that the schools have been reopened, they will be able to concentrate on their studies.”